THE COMEDIC CHERNOBYL OF DATE MOVIE 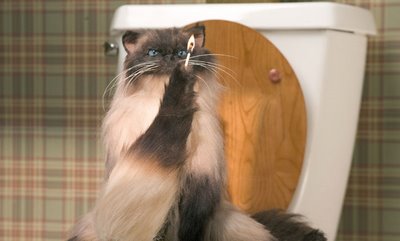 When it comes to bad movies there is no greater tragedy than an unfunny comedy. A film in virtually any other genre can fail in its attempt at what it sets out to present and still in some small sense provide the viewer with entertainment by being so bad that it’s hilarious, some notable examples being EXORCIST II: THE HERETIC, DEATH WISH 3, KUNG FU FROM BEYOND THE GRAVE, AT LONG LAST LOVE, and the incredibly entertaining ROAD HOUSE. But when you suffer through a bad comedy. there is nothing to be had at all. The whole endeavor just sits there, inert like a festering corpse, and you can’t help but feel bad for everyone involved in the production. Such a film is the execrable DATE MOVIE, a literal textbook example of how NOT to make a comedy film. In fact, the film is so utterly diametrically opposed to the very nature of what is funny, it can best be described as the humor equivalent of Chernobyl, Auschwitz, Hiroshima and Nagasaki, the Mi Lai massacre, and 9/11 rolled into one great big hunk of hellaciousness.

Stylistically owing everything to the already feeble school of reference-without-a-joke filmmaking popularized by the SCARY MOVIE franchise — which attempts to ape the vastly superior AIRPLANE! and doesn’t even enter the same universe of quality — DATE MOVIE is a would-be pastiche of all those vomitous flicks that guys get dragged to and squrimingly sit through in hopes of getting some pussy after the movie lets out, such as BRIDGET JONES’ DIARY, HITCH, MEET THE PARENTS/FOKKERS, THE WEDDING PLANNER, MY BIG, FAT GREEK WEDDING and innumerable other testosterone-leechers, only it also veers into “parody” territory utilizing films and other media offerings that have nothing to do with its intended target genre. NAPOLEON DYNAMITE, STAR WARS EPISODE III: REVENGE OF THE SITH, the LORD OF THE RINGS trilogy, and even PIMP MY RIDE, each hauled out to make the viewer with a fifteen-second attention span say, “Hey! That’s from NAPOLEON DYNAMITE!” or whatever random thing caught the screenwriter’s fancy at that particular moment. Forgive me if I’m wrong, but mere visual recognition is not a gag.

The plot — such as it is — tells the story of a fat chick who seeks true love, gets a makeover and lyposuction, finds the guy of her dreams and then endures every possible romantic comedy cliché that you can think of until the film finally grinds to a halt. No surprises whatsoever there, but the true horror of this film is that it is simply so anti-funny that it becomes a thing of diabolical, even perverse, fascination. (Another perfect example of a film transcending its own horribleness is the nigh-unwatchable endurance test that is CURSE OF BIGFOOT, but that’s another story for another post…)

The cast, led by the adorable and hot Alyson Hannigan (Willow from TV’s BUFFY THE VAMPIRE SLAYER and HOW I MET YOUR MOTHER), are all quite game and try very hard to make the script into something even remotely fun, but let’s face it: you just cannot polish a turd. The jokes not only fall painfully flat, but the filmmakers apparently thought that if they stretched out any given gag to an intolerable length then the joke would render itself that much more side-splitting, a theory that might hold water if the bits in question worked at all, but such is not the case here. Once a joke falls flat, the same bit is suddenly driven home again, then there may be a brief pause for effect, as if to say, “Get it?” And then, just when you think they’re ready to move on to the next train wreck of non-hilarity they smack you right in the teeth with the same bullshit joke. Yet again!!! However, the one time where this strategy did work was a bit that played off of the sequence in MEET THE PARENTS with the toilet-trained cat; in DATE MOVIE the cat is played by a truly hilariously tatty puppet, and it takes the longest, loudest and downright foulest shit that I’ve ever seen outside of a German porno, the difference being that here it was fucking hilarious. The visual/aural is funny enough to begin with, but when stretched to such a preposterous length — nearly three minutes of a cat thrashing, shrieking and flatulating while perched on a toilet seat — the gag becomes a triumph of bad taste that had me crying for the next five minutes.

The “friend” who made me sit through DATE MOVIE insisted that I watch it so I could see just how unfunny a film could be, and as I watched the film my jaw hung open in unfeigned disbelief as each humor-void segment kept getting outdone by the scenes that relentlessly unspooled, utterly succumbing to the hypnosis of its wretchedness.

Yes, I had fallen under the insidious spell of DATE MOVIE, a foul glamour that sparked the analysis-bug in my already obsessive psyche, and I have since sat through the unrated DVD a total of two more times, once to hear the cast’s commentary and once more to hear the brilliant “anti-commentary” of two professional film critics. Not that I needed anyone to break down for me just why the damned thing sucks. It’s just a sign of resignation to reality that the filmmakers have accepted the fact that DATE MOVIE sucks big, veiny moose nards and have enough of a sense of humor to roll with it. Too bad that sense of humor is rarely in evidence during the running time of the flick. Speaking of which, the movie is as short as it can be and yet officially qualify as a feature-length movie; the fucker is barely seventy-eight minutes and they stretch out the end credits for almost ten minutes.

Bottom line: DATE MOVIE is really, REALLY bad, but I strongly urge you stare into the maddening abyss that it is and use it as an object lesson on all that can go wrong with a comedy, even when supported by a strong cast and a major studio having your back. TRUST YER BUNCHE!!!
Posted by Bunche (pop culture ronin) at Monday, August 07, 2006

The only advice I have is "Use the buddy system". Don't attempt to watch this movie alone. Have a friend over to soften the blow.