WAS THERE REALLY A NEED FOR THIS? 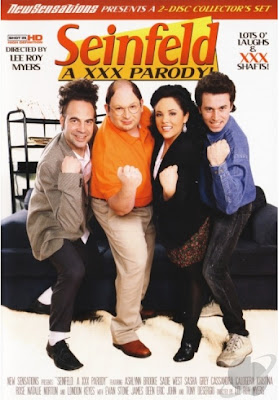 Has it really come to this, namely the noble field of pornography reflecting a creative bankruptcy on par with that of Hollywood? I would say so if the powers that be in the tenderloin cinema industry really think there's an audience that wants to get its wank on to stand-ins for Jerry, George, Elaine and Kramer (what, no elder Costanzas?). But what the fuck do I know? There's a lot weirder stuff out there for sure, but did anyone out there ever get all tingly in the "special place" while watching the umpteenth rerun of "The Contest?" Then again, it could be worse. Case in point: 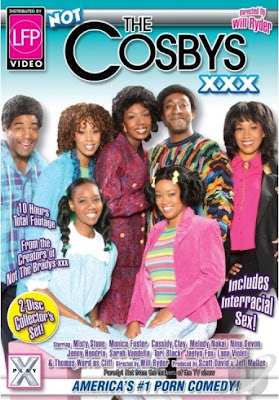 You may now run screaming into the hills. The mere idea of intra-familial Huxtable humping is just too much for me to process.
Posted by Bunche (pop culture ronin) at Tuesday, July 14, 2009

The doubles for Kramer and George are even more physically unappealing than the guys theyre imitating.

(I suspect that that's just another element of parody, but still...)

I REALLY don't wanna know what they do with that Jell-O pudding...