Well, dear readers, it's nearly Christmas, so here's a bunch of random treats (?) for you feast your eyes upon. 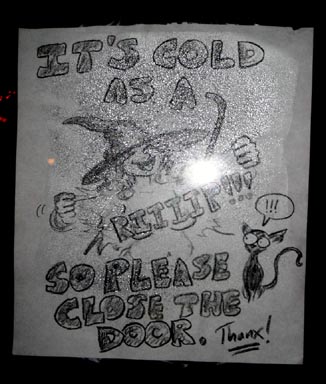 Hey, it has been as cold as a witch's tit in a brass bra lately... 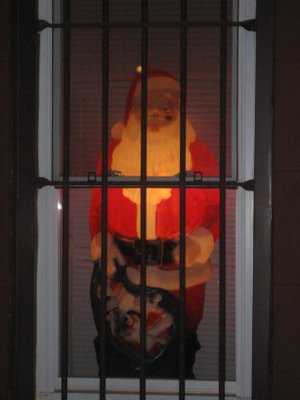 How fucking creepy is this? Santa's behind bars, and looks like he's gonna whip it out. Who thought of this? 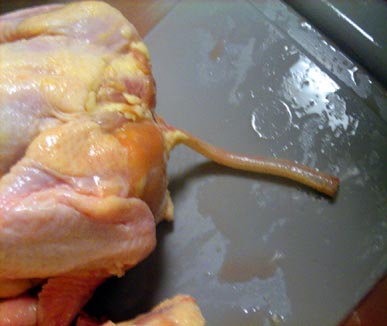 Ever wonder what happens to a chicken's esophagus when it's being processed for your culinary needs? It usually gets chucked out, which obviously did not happen in this case. Yecch... 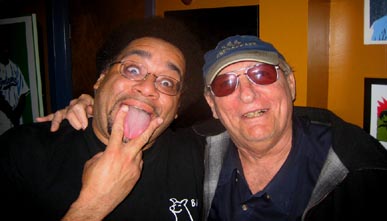 Here's me with one of the barbecue joint's favorite regulars, Vince Martin, a crooner perhaps best known for the 1950's hit "Oh, Cindy." He's a kook, and we love the guy. 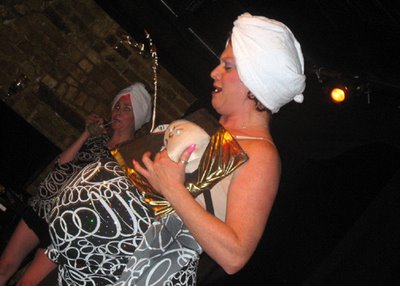 New York is one of the arts capitals of the world, as proven by this bit of lactation-as-spectacle from the final BABYDADDY SHOW of the season. 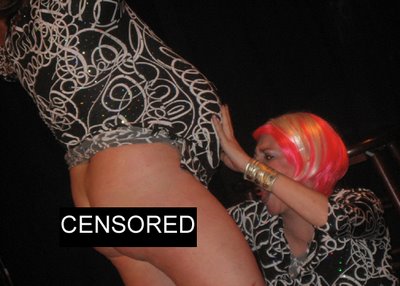 This bit from the same show put me in the mind for some holiday ham. 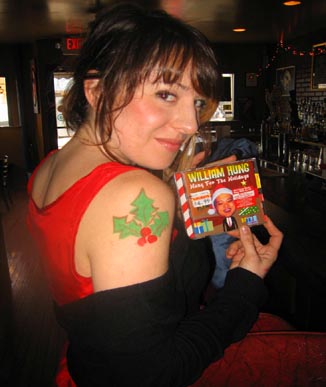 Here's the sultry Lauren, one of the wacky staff of the restaurant next door, sporting seasonally appropriate tattoos. 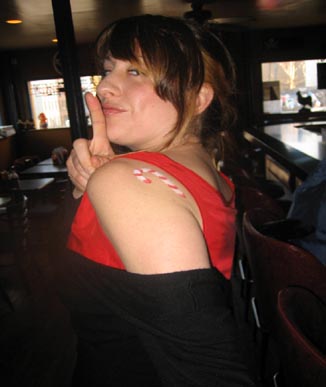 I want a bite of that candy cane! 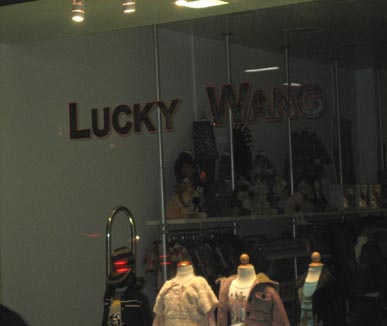 I'm sorry, but this has to be the worst name ever for a children's clothing store. 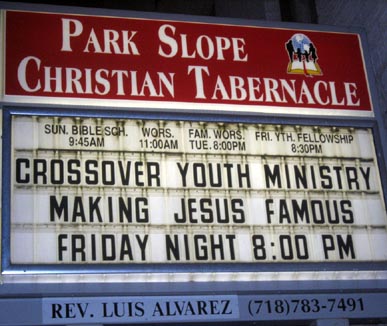 Correct me if I'm wrong, but does Jesus really need any help with his fame?

And with that, may you have a Kung Fu Chrismakwanzakkah, and a badass New Year. Or as my pal Rolls says, "2006 sucked lots of dicks, but 2007 will be Nigger Heaven!" 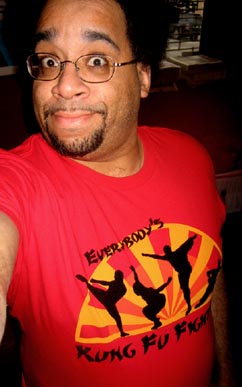 Heh. Love the witches tit sign. Bunche, have you ever thought about posting some of your old bulletin board fodder from the bullpen? Do you still have any? The Bullpen VS. The Fist of Life... What if all the Marvel Heroes were black? There were others, but it's been so long...