THE UNBRIDLED AWESOMENESS OF GODZILLA ISLAND

For this 600th (!!!) installment of the Vault, I decided to alert you to something simultaneously ultra-ridiculous and brilliant beyond all reasoning, namely the Japanese TV series GODZILLA ISLAND. (And special thanks to Mark G. for bringing this to my attention.) 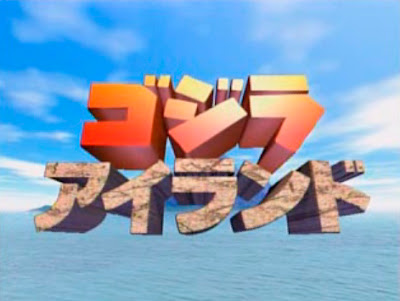 Airing about a decade ago, the series is basically a Godzilla show for the youngest of the kiddie set that features an would-be alien invader attempting to conquer the earth by using giant monsters (what else is new?), only to have Godzilla wade in and kick ass on those who would dare challenge his generally-acknowledged badassery. The twist here is that the alien summons the monsters from a huge orbiting vending machine that dispenses them as toys, which indeed they are, and the toy monsters, including Big G, do battle in the most low budget way possible. What makes this brilliant is that the toys are all manufactured by Bandai, and if the kids get into it they can play with the very same toys they see on the tube.

Each episode is just under three minutes in length, perfect for short attention span viewing, and it just has to be seen to be appreciated. By way of example let me direct you to episode 52, "The Eventual Battle." In this chapter, Godzilla is confronted by Mecha-Ghidorah, and it's a hoot to see these toybox escapees get into it while the hands of their manipulators are always just out of camera range. 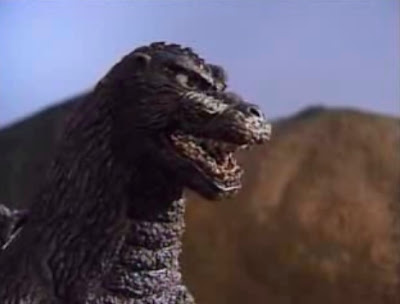 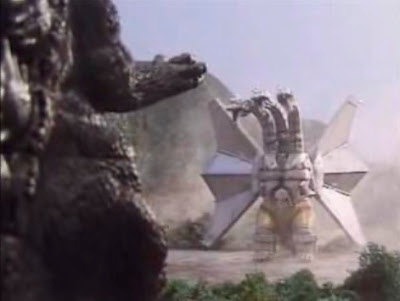 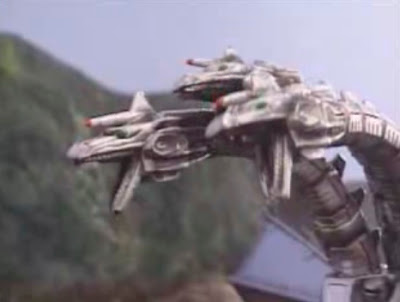 The sheer awesome spectacle of this is stunning to behold, and the whole series, all 256 episodes, can be had on import DVD at the bargain price of a mere $135.92!!! Get yours today!
Posted by Bunche (pop culture ronin) at Friday, November 02, 2007