GIVING NEW MEANING TO THE TERM "STONED OUT OF MY SKULL" 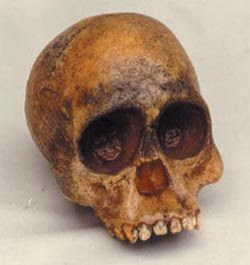 Even during my infamous days as a 24/7 stoner, it never occurred to me to pull a literally boneheaded move like this. From the Associated Press:

HOUSTON (AP) — Three teenagers were arrested after two of them told police they dug up a secluded grave north of Houston, removed the skull from the coffin and converted it into a marijuana bong.
Police found a grave in the city of Humble that had been disturbed, but were still investigating the rest of the teens' story, Houston police Sgt. John Chomiak said. Kevin Wade Jones, 17, and Matthew Richard Gonzalez, 17, both of Kingwood, were arrested Wednesday night and were being held on misdemeanor charges of abuse of a corpse, Chomiak said. The juvenile was referred to the Harris County juvenile justice system. A woman who answered the phone at Gonzalez's home declined comment. A telephone number for Jones could not immediately be found, and it wasn't clear from court records if either had an attorney. 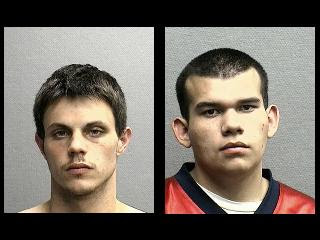 Jones and Gonzalez: why not just make a bong out of a beer can?
Police were interviewing Jones about the use of a stolen debit card when he told them about the grave theft, which purportedly occurred around March 15, according to court documents. Asked why Jones would volunteer such a story, Chomiak said, "We can only speculate and guess to what goes on in the criminal mind."

Gonzalez confirmed the story to investigators in a follow-up interview. Police were led to a heavily wooded site in Humble where they found a knocked-over headstone and water-filled hole more than 4 feet deep. At the time, the muddy water did not allow police to see if the coffin had been disturbed.
"They dug into this gravesite and that was enough to warrant the abuse of corpse charge," Chomiak said. "There has to be further investigation into the actual gravesite." Police believe the grave is that of an 11-year-old boy who died in 1921. Preliminary reports indicate it was part of a 19th-century veterans cemetery, Chomiak said. While residents in the area knew of the cemetery's existence, it did not appear to be maintained.
Posted by Bunche (pop culture ronin) at Sunday, May 11, 2008

The kids involved were home schooled. If only they had gone to public school, they'd know how to make a perfectly good bong out of a coke bottle.

Gee - I wonder if they'd been listening to judas priest.