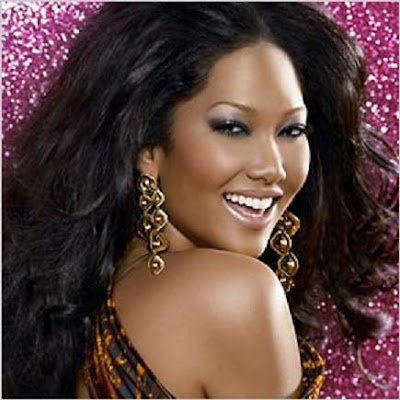 I can't stand models. I loathe the obnoxious privileged. I hold a special hatred in my heart for "diva" behavior. So can someone please explain to me why I'm utterly fascinated by Kimora Lee Simmons? Sure she's more than a bit of a brat, as well as being a carrying-another-man's-child cheater (fucking over my boy Russell like that, with that fuck-ugly Djimon Hounsou, no less; for shame!), but, much like Paris Hilton, I just cannot look away. I understand where my Paris fandom comes from, namely my enjoyment of her persona that's much like many of the entitled, rich ryhmes-with-"grunts" I grew up amongst, only writ cartoonishly large, and I certainly don't find her attractive (although I wouldn't mind getting a piece of her bony ass simply so I could say that I had). But when it comes to Kimora, I am a hopeless, helpless, drooling basket case.

Part of it may be that in many ways Kimora falls well within the range of my "dream girl" visual aesthetic; my tastes know no ethnic preference, but Kimora's particularly perfect blend of American black and Japanese genes makes me picture her in a tiger-skin jungle girl outfit, snarling down the opposition like Frazetta's LUANA movie poster come to stunning life. 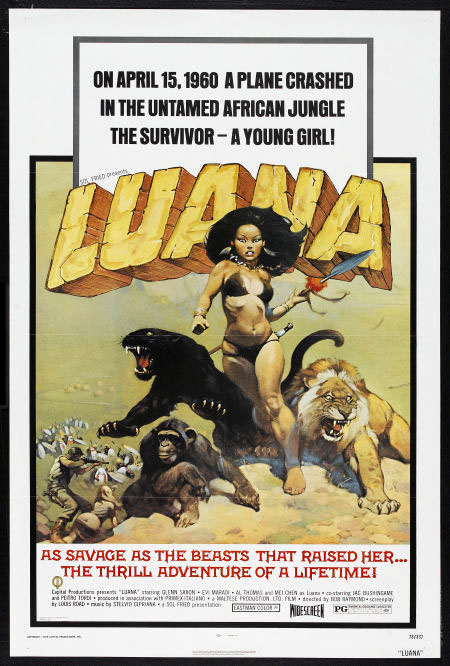 You know you're in trouble when the poster is the best part of a movie.

And as human gene pools continue to cross-pollinate and result in gorgeousness to be reckoned with, the term "exotic" is no longer really applicable. But Kimora sure as hell strikes me as exotic, her features and complexion giving personification to a fusion of the savage native girl and ethereal geisha fantasies held by horny dudes (and certain ladies) since at least as far back as slavery and the west's first encounter with them inscrutable ornamentals. And while we're on the subject of "exotic," if they ever get around to making a feature film adaptation of Milton Caniff's TERRY AND THE PIRATES, let me be the first to cast my vote for Kimora to fill the role of Lai Choi San, the beautiful and imperious pirate queen better known to the general public as the Dragon Lady.

I mean, take a look at this ad for her horrible reality show and tell me the pose and face don't display the perfect commanding attitude for a she-pirate: 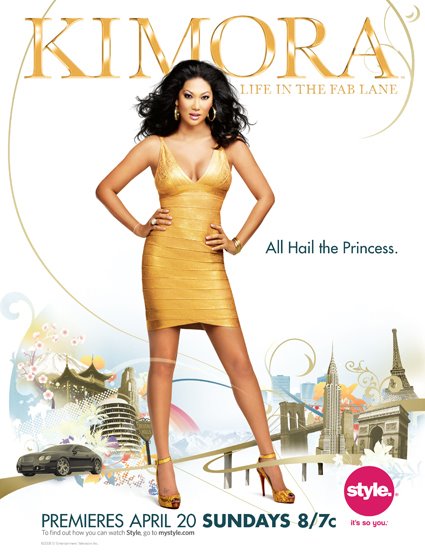 Just give the lady a heavily armed junk, a cape, and a cutlass, and we're talking the stuff that dreams are made of. Well, my dreams anyway...

Women like kimora are why the term "hatefuck" was coined.