GUNG HAY FAT CHOY, MUTHAFUKKAS! IT'S THE YEAR OF THE RAT! 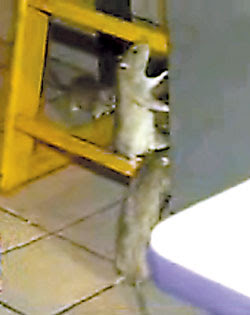 So it's the year of the rat, and that fact put me in mind of the Taco Bell/KFC rat infestation from about a year ago in the West Village, and how much I miss the tacos at that joint. Hence the photo.

But just what the fuck does the lowly and despised rat mean in Chinese astrology? Probably not what you'd immediately think, round-eye. From the Wikipedia:

Being the first sign of the Chinese zodiacs, rats are leaders, pioneers and conquerors. They are charming, passionate, charismatic, practical and hardworking. Rat people are endowed with great leadership skills and are the most highly organized, meticulous, and systematic of the twelve signs. Intelligent and cunning at the same time, rats are highly ambitious and strong-willed people who are keen and unapologetic promoters of their own agendas, which often include money and power. They are energetic and versatile and can usually find their way around obstacles, and adapt to various environments easily. A rat's natural charm and sharp demeanor make it an appealing friend for almost anyone, but rats are usually highly exclusive and selective when choosing friends and so often have only a few very close friends whom they trust.

Behind the smiles and charm, rats can be terribly obstinate and controlling, insisting on having things their way no matter what the cost. These people tend to have immense control of their emotions, which they may use as a tool to manipulate and exploit others, both emotionally and mentally. Rats are masters of mind games and can be very dangerous, calculative and downright cruel if the need arises. Quick-tempered and aggressive, they will not think twice about exacting revenge on those that hurt them in any way. Rats need to learn to relax sometimes, as they can be quite obsessed with detail, intolerant and strict, demanding order, obedience, and perfection.

Rats consider others before themselves, at least sometimes, and avoid forcing their ideas onto others. Rats are fair in their dealings and expect the same from others in return, and can be deeply affronted if they feel they have been deceived or that their trust has been abused. Sometimes they set their targets too high, whether in relation to their friends or in their career. But as the years pass, they will become more idealistic and tolerant. If they can develop their sense of self and realize it leaves room for others in their life as well, Rats can find true happiness.

According to tradition, Rats often carry heavy karma and at some point in life may face an identity crisis or some kind of feeling of guilt. Rats are said to often have to work very long and hard for everything they may earn or have in life. However, a Rat born during the day is said to have things a bit easier than those who are born at night. Traditionally, Rats born during the night may face extreme hardships and suffering throughout life. Rats in general should guard themselves against hedonism, as it may lead to self-destruction. Gambling, alcohol and drugs tend to be great temptations to Rat natives.

And with that piece of knowledge stuck your head, here's a charming card I just received from my high school pal Ethan, featuring his two unfairly adorable kids. HAPPY CHINESE NEW YEAR, and may this year rock like the mighty rat! 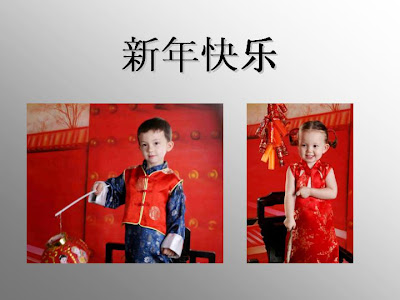 So that would be me, then.

As I write this Big Wang is partying hard in Taiwan.