WINTER RANDOMNESS: AROUND THE TOWN SIGHTS AND HAPPENINGS 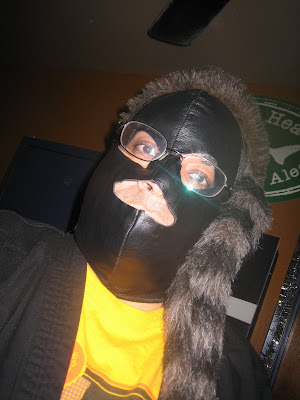 Ah, the things one does to keep warm...

This winter is flying by at a shocking pace and I haven't had anywhere near the time I'd like to post detailed accounts of my adventures, had I really had any to write about. The Kiss & Tell burlesque thing was great, but I need to get pics of that from outside sources, but that's the most interesting thing to happen of late. So what's a blogger to do to keep you readers entertained?

With that question in mind I'm going to share some random images that I snapped (or had snapped of me) and give you a minor travelogue of the Big Apple during roughly January through now.

Since 2008 dawned, the weather here in the five boroughs has been rather unpredictable, ranging within twenty-four hours from the low-sixties 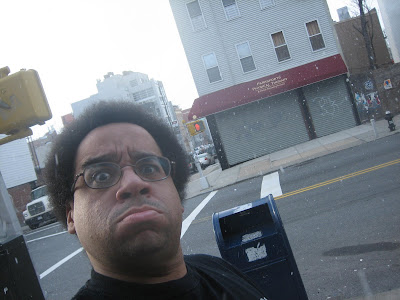 to a bone-chilling, cold-enough-to-piss-sticks ten degrees, with wind chill bringing that down to a cruel near-zero. 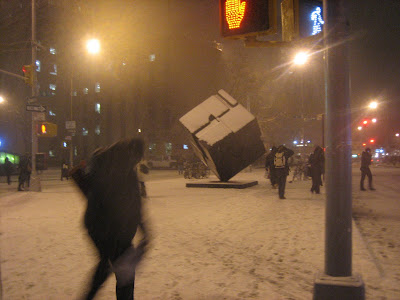 I've more or less given up trying to stay ahead of the game and just stick my face against my window for a quick gander before leaving the Vault for work or carousing.

Every now and then I see something that could best be described as an exercise in sheer futility, and if this truck doesn't fall into that category, I don't know what does: 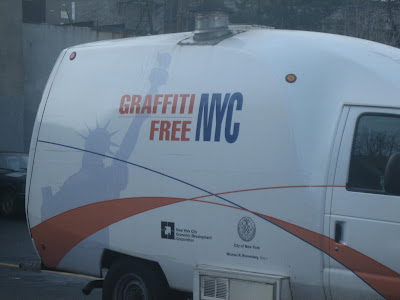 The existence of a "graffiti free" New York is about as likely to happen as the city becoming rat or cockroach-free. Good luck with that one, guys. Seriously, I waited for a half hour in the parking lot where I took this photo, waiting for some kid to sidle over and tag the van with a huge, silver "CHATO '97," garnished with a "KILL BLOOMBERG." And why eliminate graffiti when it can alert you to possibilities that you never even contemplated? Case in point: 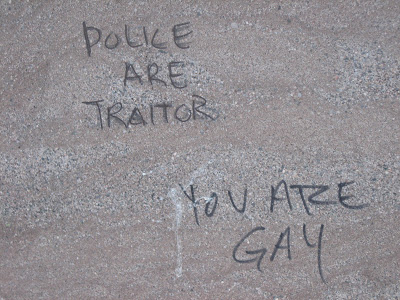 While I was aware that certain cops are indeed traitors to the law, themselves and their communities, I had never previously imagined that I was a homosexual. Nice to have that cleared up!

And was there no one in the Domino's Pizza board meeting that approved this sale's name who knew "BFD" is short for "Big Fucking Deal?" 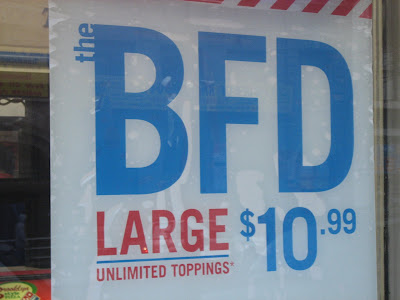 Ah, well. At least the wisdom of the ages is being passed on to a new generation.

And while I understand the love New Yorkers hold for pizza, this is a bit much: 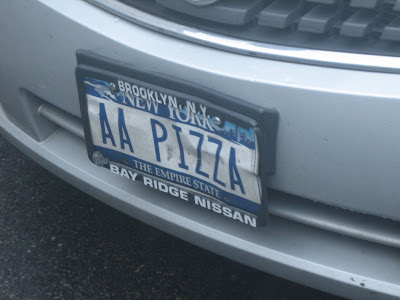 But don't get me wrong; a walk down any NYC street can present you with unexpected culture. I was delighted to come across this group of Chinese lion dancers, supplemented by a cadre of drummers who were clearly into the who traditional thing. 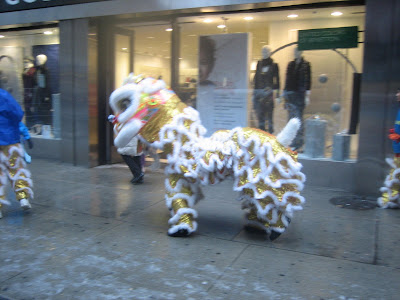 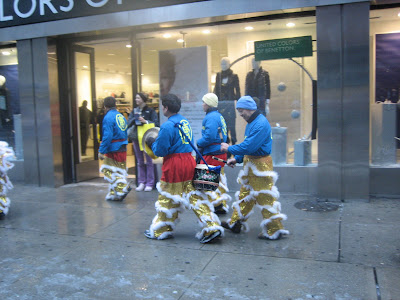 A visit with two old friends yielded these photos of Yer Bunche playing with a couple of the prop guns they have lying about their studio for illustration reference. 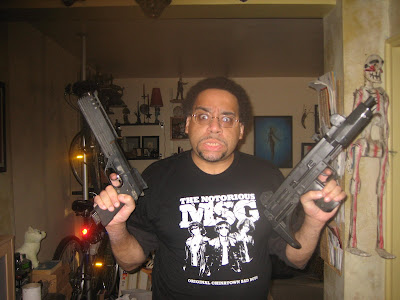 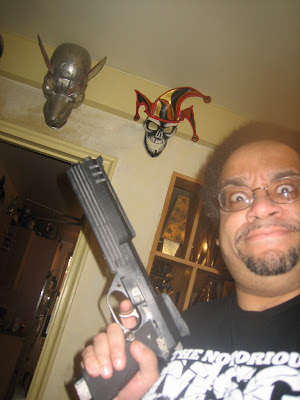 I assure you I'm not practicing for some kind of "Kill Whitey" rampage.

And then, perhaps most random of all, I walked out of my apartment building two nights ago to run into this Bosco van. 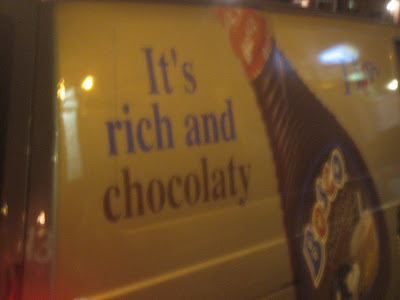 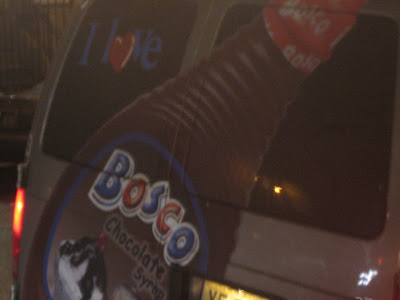 First of all, I've never once seen Bosco chocolate syrup — the stuff Hitchcock used for blood in PSYCHO (1960) — on the shelf in any of the local supermarkets, so what the hell was a van promoting it doing near me? Secondly, the incredibly sleazy-looking driver parked in front of a hydrant for over an hour so he could hit on one of the underage hoochies who live next door, and possibly avail himself to the old school basement brothel not too far down the street.

So remember: always have your camera at the ready, because who knows what life may put out there? 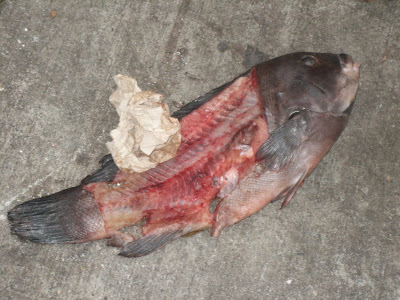 Never seen Bosco???? I grew up with Bosco and still can get it at most supermarkets...

Perhaps Park Slope simply isn't cool enough for all it's high fructose corn syrupy goodness and that's why you can't find it!

Though I'm glad to see their drivers like hookers and underage tail!

Thank you, Bunch! The BFD things was especially hilarious. Wonder if said clueless executives were the same pack that let White Wolf Games release Werewolf: The Forsaken (aka WTF).

The Bosco van was just... creepy.

So, Steve - do Chinese drummers "into the who tradition thing" drive cars into pools and wreck their drumkits at the end of each performance? 'Cause that would just RAWK! ;)

Having been privy to Wall Street meetings in my previous incarnation as an "insider", I can assure you... the Dominoes guys know exactly what they're doing!