IT'S COMIC BOOK DAY, SO WHY ISN'T THIS MAN SMILING? 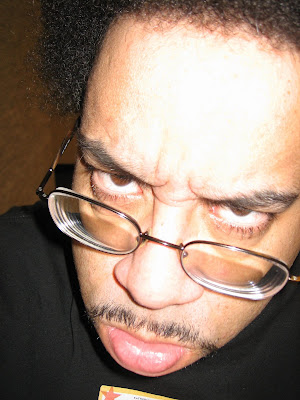 In much the same way that those who follow the various Christian doctrines know that Sunday is the day of the week given over to showing devotion to matters spiritual, the comic book faithful know Wednesday is the day when the new comics come out and all is right in the world. We go to the comics shop of our preferred choice — aka "the pushers" — , shell out our hard-earned cash for a stack of four-color entertainment, and retire to wherever we go to read the stuff, content until the cycle begins anew the next week. I've followed that schedule for more years than I care to admit, and it's frustrating as hell when a book one's been jonesing for misses its solicited release date. That said, the long-awaited NEXUS #100 is now seven months late, perfectionist creator Steve Rude having once more blown his own self-imposed deadline. 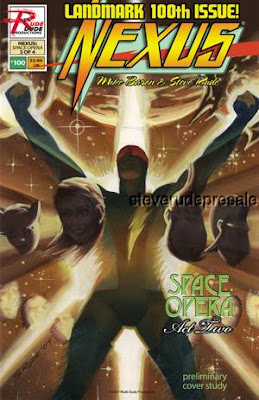 As far back as October NEXUS #100 was announced for a January release, and I could deal with that because at least I had some kind of date to look forward to, but to the best of my knowledge the has been no update as to when the bloody thing is finally set to hit the stands, and I have bugged the lovely Julie at Jim Hanley's Universe every Wednesday morning for weeks, but to no avail (she's equally irritated at its no-show status). I'm sure the end result will be worth the wait, but this is just plain cruel.
Posted by Bunche (pop culture ronin) at Wednesday, February 27, 2008