OH, FOR FUCK'S SAKE: A NEWS STORY YOU WILL NOT FUCKING BELIEVE

Thanks once more to "Frank Zappa" for alerting me to something totally fucked up. From Fox News.Comm:

Largest Animal Shelter in U.S. Will House 2 Dogs Trained to Have Sex With Women

OKLAHOMA CITY — The nation's largest animal sanctuary has agreed to accept two dogs that authorities say were trained to have sex with women. 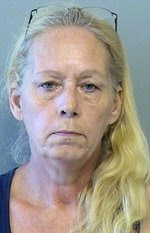 A mixed breed and a Labrador, formerly owned by Diane Sue Whalen of Tulsa County, have been accepted by the Best Friends Animal Society in Kanab, Utah, said Barbara Williamson, spokeswoman for the animal sanctuary. The dogs — named Lucky and Buddy — will be taken to the no-kill sanctuary next month.

Whalen, 54, and Donald Roy Seigfried, 55, were charged with felony crimes against nature after Whalen's adult son found more than 150 tapes of his mother performing sex acts with her dogs and a blue heeler owned by Seigfried. Seigfried was accused of filming the acts.

The dogs were placed in the Tulsa Animal Shelter following the arrests. While Whalen relinquished custody of her dogs, Seigfried is fighting for ownership of the blue heeler, named Merlin.

Earlier this month, a judge ordered that the dogs be examined by a veterinarian and found suitable for adoption before being placed in homes. Both of Whalen's dogs have been deemed adoptable.

The dogs were neutered at a Tulsa veterinary clinic. Jamee Suarez, president and founder of the Oklahoma Alliance for Animals, said the dogs are healthy and are recovering from their surgeries.

The Oklahoma Alliance for Animals is a nonprofit organization that works with the Tulsa County sheriff's office on cases involving animal cruelty. Volunteers for the organization will drive the dogs more than 1,000 miles to the animal sanctuary in Utah. Once there, the dogs will become candidates for adoption.

"Each dog (at the sanctuary) is treated as an individual," said Williamson, the sanctuary spokeswoman. "We felt we could help these dogs." A deputy who investigated the case had recommended that the dogs be euthanized and wrote in court affidavits that they had been trained to rape. Williamson said euthanizing the dogs would have been "the easy thing to do."
"These dogs are totally victims," she said.

The sanctuary has room for 2,000 animals, mostly dogs and cats. Williamson said there are that many "urgent pleas" every month asking the shelter to take in animals. Animals that are not adopted live permanently at the sanctuary.

Her son found the tapes of his mom having sex with dogs! Talk about a bad day for him...

The poor bastard saw 150 videos filmed BY HIS DAD of HIS MOM fucking THEIR DOGS. Friggin' National Geographic can't match the number of issues in this family.

Maybe he can sell the videos to pay his therapy bills...