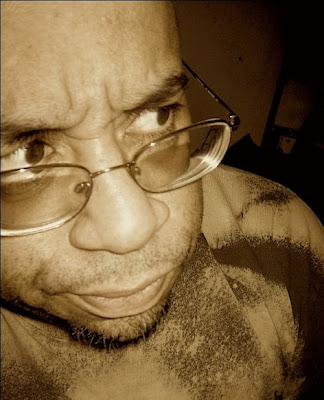 It's been an emotionally draining week and a half, let me tell you. I've had a hell of a lot on my mind and I have not been my usual chipper self at all.

I'm currently weathering the cumulative effects of the continuing fruitless job search, my withering lack of funds, the death of Tura Satana — which I will write about soon — , ending my seven-month relationship (the woman in question is in no way a villain; things simply did not work out, so please no derisive comments), and just a general sense of zero motivation. I know that such is not the case, but I feel like more than a bit of a failure and it seems like everything I touch or attempt either yields no fruit or outright turns to shit. I could really use a vacation away from my cozy (read "tiny") apartment here in Park Slope, but I have nowhere to go, no money to get there and enjoy the place wit, and no one to go with, so bubkes. There's even a potentially very interesting party going on tonight in mid-town, but I'm not in a festive mood and as a result I'm pre-emptively removing myself from that particular playing field because I don't want my current malaise to bring down everybody else's good time. And, frankly, I don't think getting drunk would be the best of ideas at the moment.

I'll be fine soon enough, but right now I would like nothing better than to just sleep on something resembling a normal schedule. I'm certainly no stranger to insomnia, but the last few nights have found me staring at the ceiling and gleaning short periods of slumber mostly during the daylight hours. At least it's the weekend, so I have no job interviews and I can just crash out as much as I like.

But enough of my grousing. I just wanted to let you all know that I'm still here. Just a tad emotionally debilitated.

Hang in there big man, good things are comin'! I can feel it.

Last night I had a dream........I was swimming with the penguins, then I leaped out of the water to fly with the seagulls......which means good things are coming. ALRIGHT YEAH! Go GET EM!!!!!!!