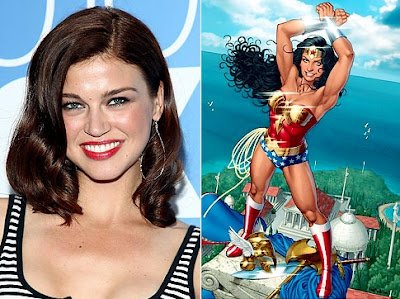 Actress Adrienne Palicki has apparently been cast as Wonder Woman in an upcoming TV pilot that "re-imagines" the character in ways that sound truly crap-tastic. You can read the details here, but I'll tell you right now that based on how the "re-imagining" is described I think this is going to be a complete and utter turd. And I've never seen a single episode of FRIDAY NIGHT LIGHTS and I couldn't sit all the way through the pilot for the LOST IN SPACE reboot in which she was cast as Judy Robinson, so I have no idea who this actress is or if she's any good, but what I have discovered while looking at images of her to see if she's physically got what it takes to essay Diana of Themiscyra (she doesn't), I noticed that in certain shots she's kind of got a Matt Damon thing going on. 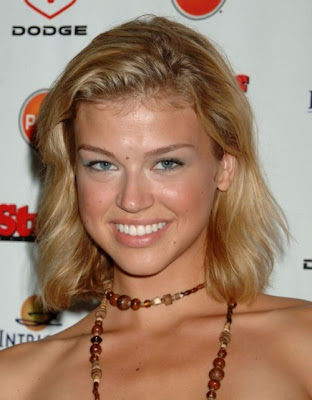 Two cents: the good news is that Palecki is a good, solid actress as evidenced by her performanc­es on Friday Night Live. The bad news? Palecki doesn't look anything like an Amazon. She is a 5' 11" blonde with little to no muscles. This implies the show's direction is similar to that of Smallville­. Typical Hollywood logic, where only the most recent formula is taken as dogma. Would be a bit more excited had they casted someone like Cobie Smulders. At least she looks like she could kick your ass with a smile on her face.

It doesn't entice me to watch when I see them describing Diana as a vigilante bringer of justice. Leave that stuff to the Batman's and Punisher's of the world. There is no need to change the very noble presence that the Amazon brought to the super heroics table. I cannot see anyone watching this.

She is really Ugly, in my opinion!

She is really Ugly.