It's been a while since I've found anything interesting enough to post about in this department, and today's entries leave me kind of saying "whatevs," but here they are anyway. 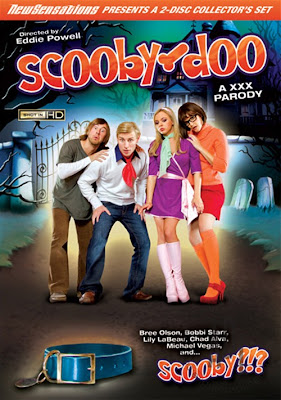 Why not SCOOBY-DO ME or SCREWBY-DOO? Or even a "furry" version with a guy in a Great Dane costume, entitled SCOOBY-DUDE? It took me two seconds to come up with those, but bubkes from the pros. And why in the names of the gods is Daphne not a redhead?

Up next is this tenderloin take of THE SIMPSONS. 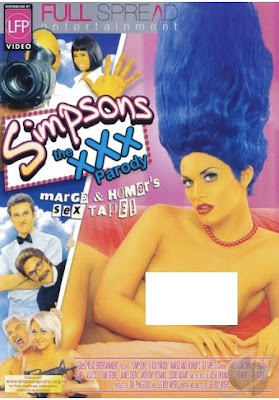 I admit that THE SIMPSONS if a tough one to come up with a good parody title for, but I nonetheless throw THE HUMPSONS out there. And I would like to see this one, but not for the sex; I'm intrigued by seeing the familiar characters as portrayed in live action by xanthous-hued makeup and how well those actors nail (excuse the pun) their voices and traits. 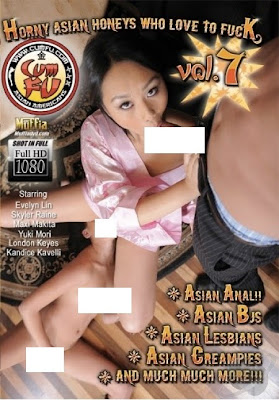 And the there's this item of sheer "What the fuck"-ness: 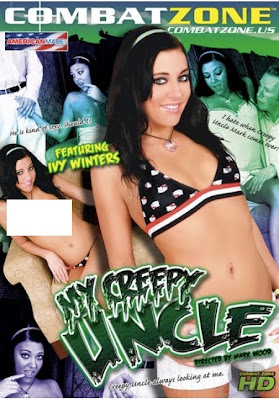 Exactly who the hell is this aimed at? I don't know about where you grew up, but where I came from "creepy" uncles were roundly vilified and deemed fit only to be immediately fed through a wood-chipper, but I guess like with everything else times have changed for the worse.

He's equipped with little green balls of claaaay...
BUMBY!
You could be who Bumby cornholes todaaaay...
BUMBY!
He'll ass-raunch each and everyone
With his pony pal Pokey too
If you like it "brown"
Then Bumby is down with yoooooou

That took me mere seconds to write, so I'd probably refine it before submitting a final version. Hey! Why don't you write in with your filthy Gumby theme tune? And while my take on it would be an all-anal version, think of the other variants, such as "Cumby" or "Scumby." 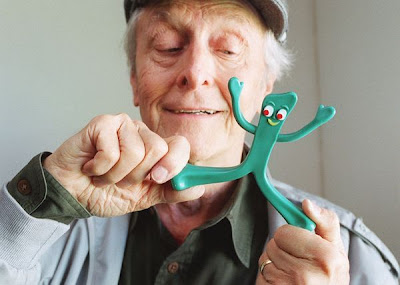