For those who somehow missed it, the TWILIGHT phenomenon hinges on the chaste romance between a teenage girl and a vampire boy, and considering how such stuff could be handled on film I expected a movie that, to paraphrase my dear friend Raven Woman, would make me menstruate. Indeed the film is geared to fuel the fantasies of twelve-to-fourteen-year-old females and I am in no way its target audience, but I was surprised to find myself not hating it for the first hour or so and enjoying it as a kinda/sorta WB-flavored high school yarn. It’s all about pasty-but-pretty Bella (Kristen Stewart) moving in with her dad in some overcast Washington state town and starting over at a new high school while her mom and mom’s baseball-playing hubby move to Florida to facilitate said hubby’s baseball career. Now the new kid in school, Bella falls in with a bunch of generic movie/TV high school kids (about whom the less said, the better) but finds her head turned by hunky and also-pale-as-a-stick-of-chalk-in-a-blizzard Edward (Robert Pattison), who happens to be a vampire, albeit a vamp whose family follow a code of not feeding on humans, thus making him relatively harmless (translation: a big, sensitive pussy, and I don’t mean the kind found in “tenderloin” cinema).

Excluding the film’s dose of narrative Salt Peter, the sequences that turned me against the movie were the annoying “meet the family” moment when Edward brought Bella home to introduce her to his fellow undead, the idiotic bit that explained why the vamps don’t like to be seen in broad daylight — do NOT get me started on vampires being able to walk about in broad daylight at all, let alone what happens when they do. 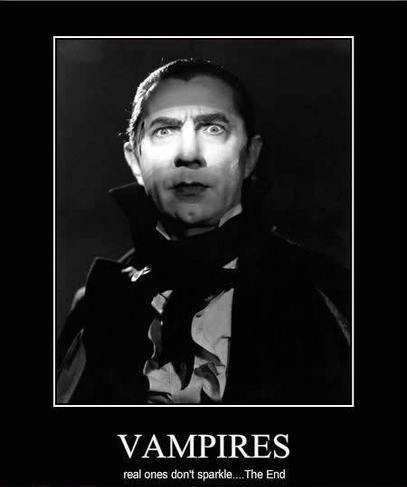 In fact, that scene is so stupid and awful that it must be seen to be believed — and the incredibly painful bit in which Edward and family bring Bella along for a family game of baseball involving vampiric superpowers. There’s also a subplot involving a trio of suckfaces who merrily feed on human prey, but even their potential to liven things up falls flat and the lone member of the trio who proves to be a direct threat to Bella (in this installment anyway) is really only there to ensure Bella and Edward’s bonding. Thanks, dude. Thanks ever so much.

The film culminates in a fashion that can best be described as “My Vampire Prom Date,” and when all is said and done, TWILIGHT proves to be a cloying abstinence parable that removes the lusty elements that make many vampire stories appealing. But, again, I am not this film’s audience, so my opinion of it is definitely moot. I don’t recommend it for the majority of grownups of either gender or sexual orientation, but that’s merely my opinion. And don’t forget I’ve been known to enjoy “girly” fare quite a bit, such as ENCHANTED, THE CUTTING EDGE, SAVE THE LAST DANCE, EVER AFTER and ELLA ENCHANTED, so I’m not just trying to hate on the femme stuff. 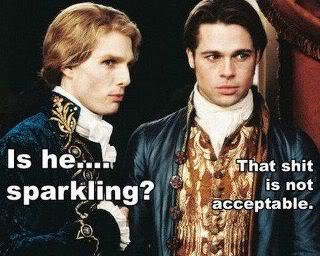 You surprised me with this one.