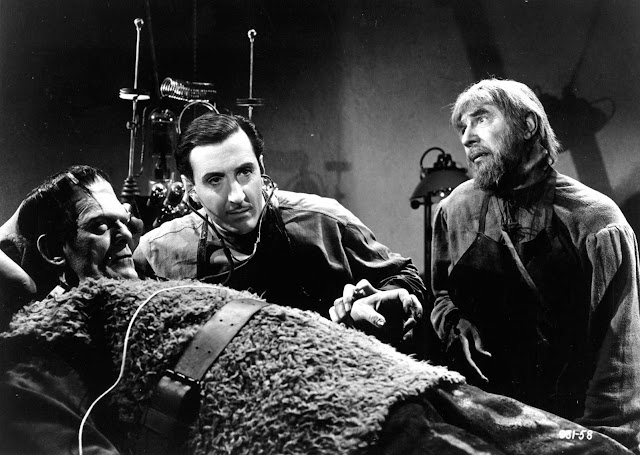 The family business marches on.

Henry Frankenstein is dead and now his son (Basil Rathbone) moves into the ancestral home. The locals are none-too-pleased about the son of the infamous monster-maker taking up residence, and they are absolutely convinced that he will immediately set about cobbling together murderous horrors from grave-robbed spare human parts. Those fears, however, are unfounded...until the grotesque and creepy hunchback Igor (Bela Lugosi) enters the picture with the Monster (Boris Karloff) in tow, and in no time that family business of unholy experimentation is up and running again. While Frankenstein's intentions are as good (and as misguided) as his father's, he more or less turns a blind eye to the utter wrongness of what he's doing, and how does all of this figure into the agenda of the baleful Igor?

SON OF FRANKENSTEIN is a good movie, don't get me wrong, but it is by far the weakest of the Universal Frankenstein trilogy, likely due to it coming in the wake of the ruinous Hays Code, which was put in place to sanitize what was perceived as Hollywood's increasingly salacious and offensive output. The film feels considerably lighter in tone and content than its two classic predecessors and exudes a flavor that would seem more in pace with major studio films of the looming 1940's. It has that signature artificial slickness that never lets us forget that we are watching a movie, whereas its predecessors served as the darkest of fairytales committed to celluloid. But that's neither here nor there. SON OF FRANKENSTEIN is definitely worth your time for the sake of completism but also so that a good number of the gags in Mel Brooks' loving spoof of the genre, YOUNG FRANKENSTEIN (1974), make sense. 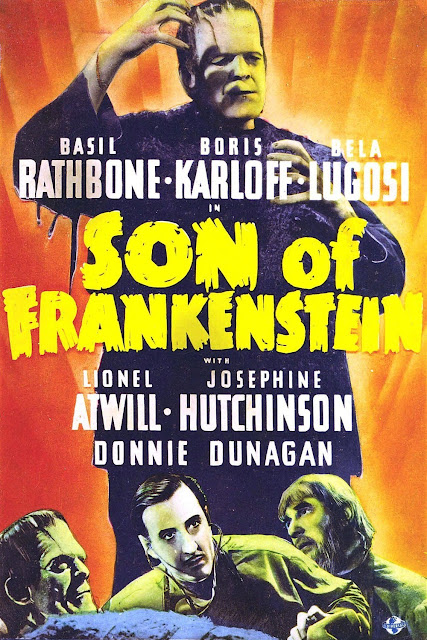