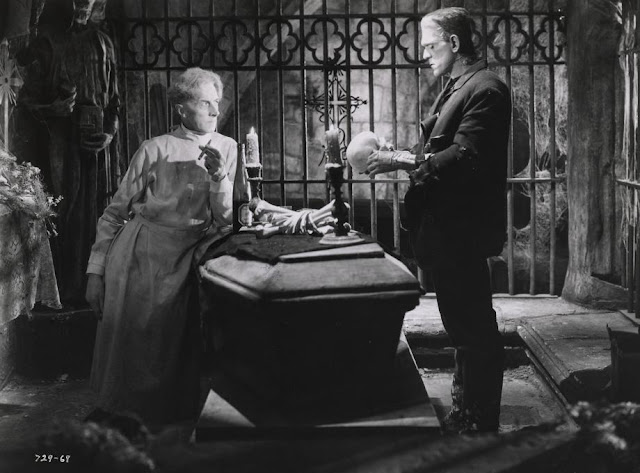 A meeting so casual that it's downright horrifying.

What more can possibly be said about this, the crown jewel of the Universal horror cycle? When it comes to sequels that surpass the first film in a series, BRIDE OF FRANKENSTEIN is right up there in the company of THE GODFATHER PART II and THE EMPIRE STRIKES BACK among the very best of that rare breed.

Picking up right where FRANKENSTEIN (1931) left off, we discover that the Monster (Boris Karloff) did not perish when the windmill burned to the ground, so he once more embarks on a rampage across the countryside. Henry Frankenstein (Colin Clive) also survived the windmill and now finds himself coerced into an unholy partnership with his former mentor, Dr. Pretorius (Ernest Thesiger), whose goal is to have their team-up produce a perfect female companion for the Monster. 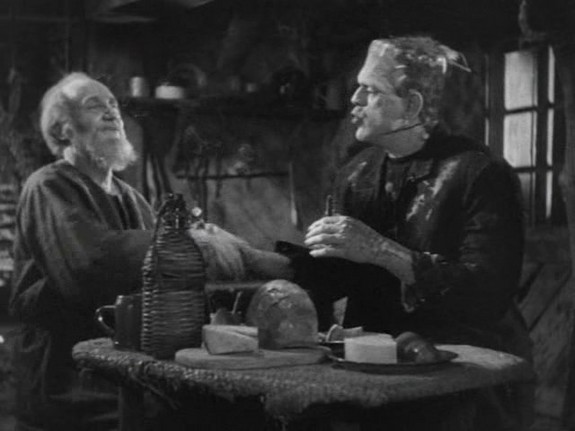 The Monster finds a friend.

That's the main thrust of the story but there's hell of a lot more going on that lends unforgettable flavor to the expanding tapestry of Frankenstein and his misunderstood creation. This is the entry that allows the Monster to find solace and friendship with a kindly blind old hermit (O.P. Heggie), a sequence that's guaranteed to reduce the toughest of hombres to open, unashamed weeping. Seriously, if you don't cry with unbridled emotion as the Monster for once finds a brief time of acceptance, compassion, kindness, and genuine friendship, you have no soul. 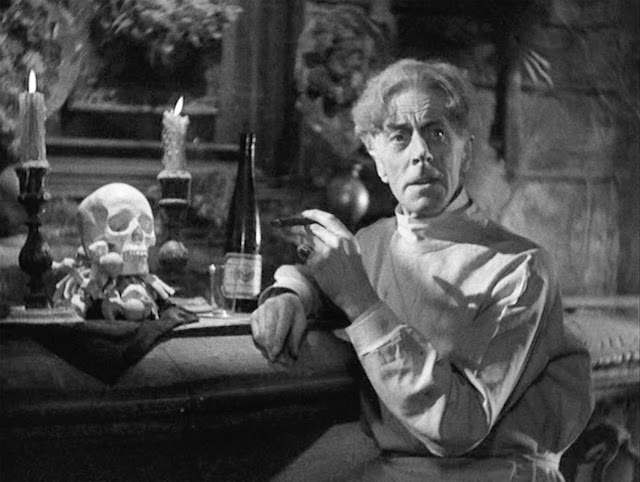 The awesome Dr. Pretorius (Ernest Thesiger). Compared to his utterly mad science, Frankenstein's nothing but a rank amateur with delusions of grandeur.

But while the hermit sequences are unforgettable for the average viewer, the element that makes this film an all-time favorite for me is the presence of Dr. Pretorius. While Henry Frankenstein was obsessed with creating life from dead flesh, he was not what I would consider insane. Pretorius, on the other hand, is the very definition of "mad scientist." He's as cool as a cucumber but the way he reacts to all of the fantastical and horrific things that he was himself wrought or that go on around him is nonchalant in a manner that would be found in no sane individual. More than a little of a bitchy old queen, Pretorius' relaxed insanity is never better underlined than when he first encounters the Monster. He's sitting in a tomb, enjoying a meal of wine and cold chicken while cackling to himself over a human skull, when the hulking Monster arrives, with a menacing snarl on his face. Where any other human being would have fled screaming into the night, Pretorius simply observes, "Oh. I thought I was alone." From there Pretorius befriends the Monster, informs him of his desire to make a female companion for him, and enlists him as muscle in case Frankenstein won't play along with his scheme. And don't get me started on the oddball collection of homunculi that Pretorius has crafted and given rather flamboyant theatrical personalities... 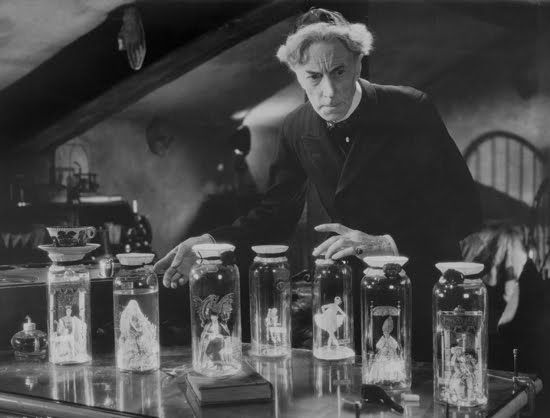 A menagerie of homemade homunculi.

And then there's the Bride. Despite her status as an iconic visual in the annals of horror, she's only seen during the film's last five minutes but her screen time is milked for all it's worth. To say more would give it away, so take my word for it. 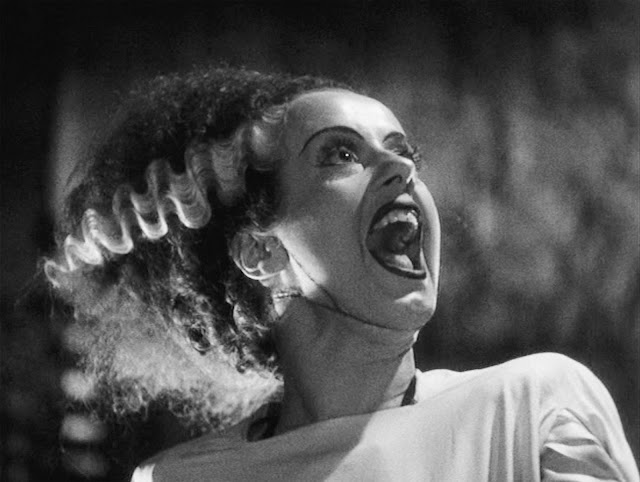 BRIDE OF FRANKENSTEIN is in every way what a classic Universal horror film should be. It's visually rich, sports a terrific script that the entire cast acts the living shit out of, and features its monsters in sequence after sequence that makes us understand and care about them as more than just the personality-void disposable bogeymen that would dominate the horror landscape with the advent of the slasher era. When it comes to Universal's monster efforts, believe me when I tell you that it gets no better than this. HIGHEST RECOMMENDATION. 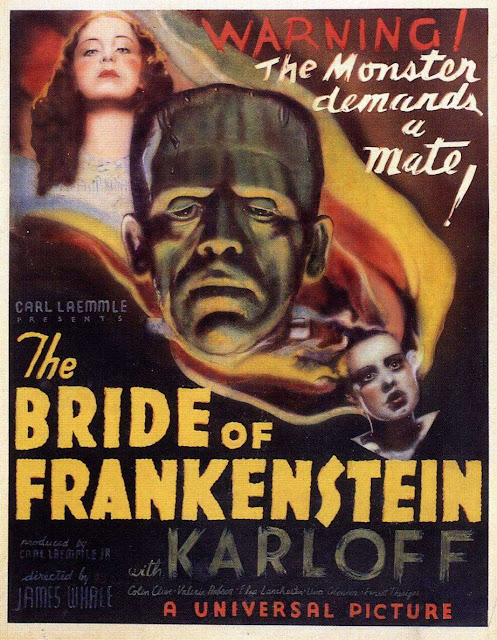