A lovely day at the beach.

Cribbing its title and basic "chew 'em up" thrust from the 1978 cult item of the same name, PIRANHA has nothing on its mind but giving the audience that likes this kind of thing exactly what it wants: a shit-ton of vicious gore spurred by carnivorous fish, accented with copious amounts of buck nekkid tiddies and buttsteak. The beauty of this particular serving of such delights is that it was crafted by people who understood just what kind of movie they were making and were in on the gag. 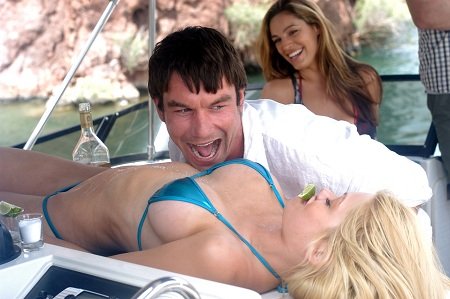 The plot borrows from several notable films in the "carnivorous fish eat the living shit out of everybody in sight" genre (including a terrific cameo role by Richard Dreyfuss as pretty much Matt Hooper from JAWS) but never once feels like a ripoff because it uses its antecedents as fodder for lampooning that notches the insanity up to "11." You get the water populated by revelers who won't listen to the warnings of the authorities and people being eaten as they engage in assorted aquatic fun (as seen in pretty much every JAWS movie), folks stranded on a dodgy seafaring craft that's only moments away from allowing the hungry fish access to the strandees (think JAWS 2), and crazy set pieces in which bathers are eagerly devoured in glorious displays of arterial spray and mangled carnage, only with said gore and carnage piled on to a ludicrous degree, resulting in a final twenty minutes in which all hell breaks loose (and then some). 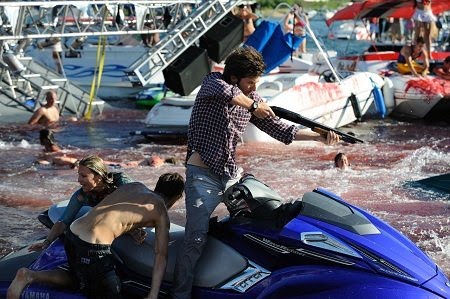 In other words, a perfect example of this specific genre, a roller coaster of waaaay over the top lunacy that solidly delvers on all counts. 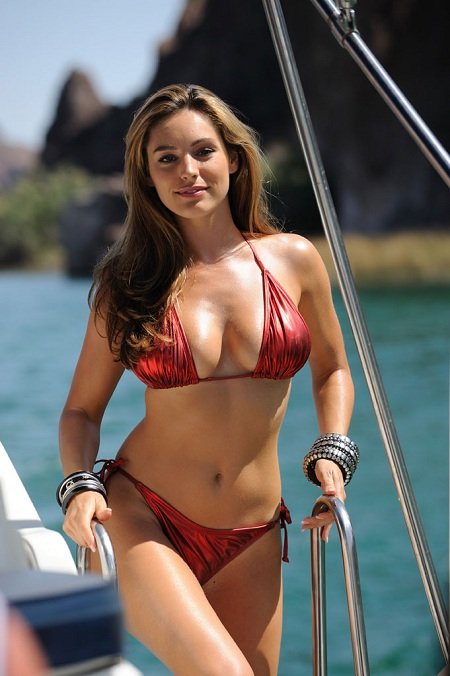 Bottom line: PIRANHA is is a ton of fun if you have a taste for this flavor of cinematic excess, and I cannot recommend it highly enough. Its content is about as extreme as it gets for a film with an "R" rating, and I would like to know who was asleep at the usually stringent MPAA ratings board the day this one came up for consideration. (According to the director's commentary, the film was passed without cuts, and if that's true, I'm frankly astounded.) Damn, I wish I'd seen this on the big screen and in 3-D! 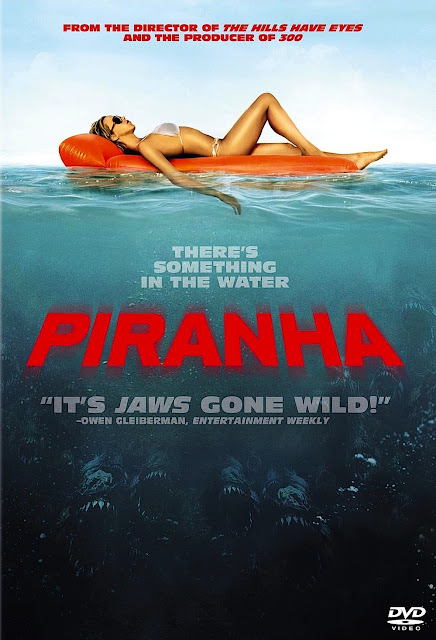