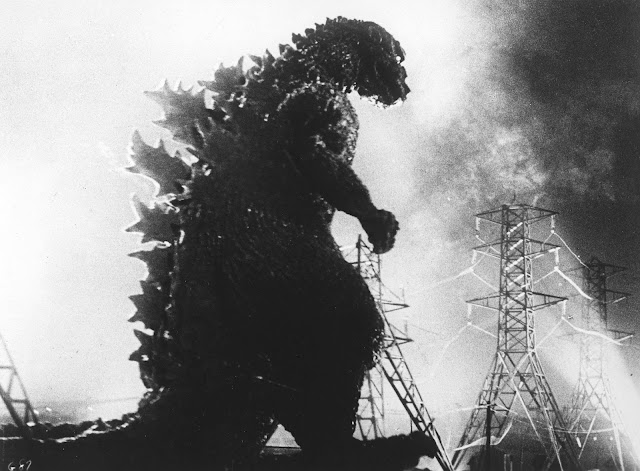 Godzilla, king of the monsters. The implacable radioactive leviathan who leaves naught but death and destruction in his wake. That's a description that runs at odds with the goofy/silly image the name conjures up for most casual observers. To most, Godzilla is the epitome of "fakey" special effects and zipper-up-the-back monster suits, and, to be fair, that assessment is not necessarily inaccurate, depending on which of the character's 29 films one sees. Series entries like GODZILLA VS THE SEA MONSTER (1966), GODZILLA'S REVENGE (1969, in which Godzilla does not even attempt revenge),  the infamous GODZILLA VS GIGAN (1972, in which Godzilla and his pal Anguirus talk), and GODZILLA VS MEGALON (1973) largely eclipse the better, more serious-minded and lavish entries in the perception of the general public. But if one goes back to the 1954 GOJIRA, which was later dubbed and released in the U.S. as GODZILLA, KING OF THE MONSTERS, one encounters a film that could not be further away from its descendants if it tried.

The 1954 GOJIRA, especially in its unaltered Japanese version, is straight-up horror of the first order, a rumination on nuclear warfare crafted by the only people in history to endure such a scorching nightmare firsthand. Shot in moody black & white, the first Godzilla film presents its titular beast as a radiation-scarred behemoth with no rhyme or reason to its attacks. Godzilla simply is, and what it is is death and destruction given flesh as a force of nature. No punches are pulled when depicting the doom and misery that it brings, as cities are leveled and burned and human life is snuffed out as easily as one would step on an ant. We see buildings collapse on innocent families, emergency wards full to capacity with broken and irradiated victims, and the whole endeavor fairly screams of utter hopelessness and despair. The filmmakers at Toho Studios very successfully communicated the terror of the atomic bomb in no uncertain terms, and anyone who comes away from experiencing the first Godzilla film as anything other than a bleak descent into a science and warfare-spawned hell was obviously not paying attention. All of the subsequent Godzilla movies, wildly varying in quality as they do, are fun matinee and weekend afternoon TV fodder, but the original is a textbook example of a horror movie directly expressing the well-founded fears of the society that created it.

I strongly recommend GOJIRA to those who have not yet seen it, if for no reason other than to experience one of the bleakest films ever made and definitely the darkest effort in the annals of giant monster cinema. A feel-good movie it absolutely ain't. 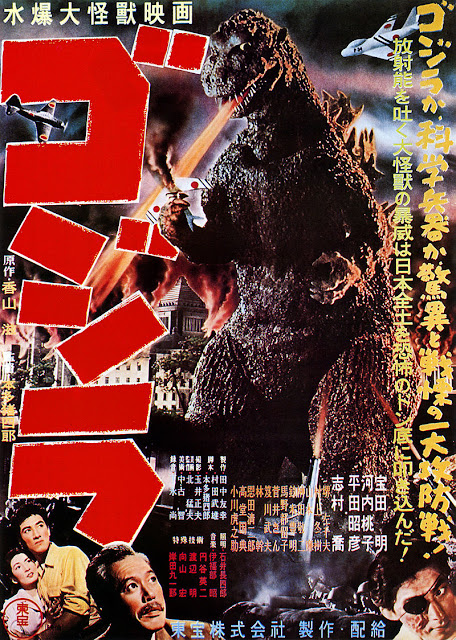