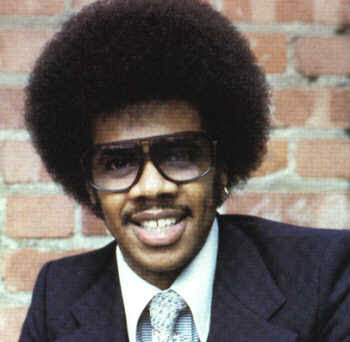 The great Jimmy Castor, circa the early 1970's: right now in NYC this motherfucker would be shit outta luck.

I don't know what the fuck is going on lately, but has anyone else out there noticed how difficult it is to find an Afro pick?

This Sunday morning I awoke to find my beloved Black Power Fist Afro pick missing from its place of honor in my rear right pocket, and after a thorough search couldn't find the sumbitch anywhere in my apartment. That may seem trivial to you, but finding a sturdy fist pick these days is getting to be as hard to do as finding a pair of tits on a brook trout, and as for finding a sturdy Black Power Fist Afro pick? Good luck, my friend! But aesthetic preferences aside, I needed meself a new pick, and I needed one immediately.

During the course of my Sunday afternoon errands I searched high and low for even the most mundane of rakes that could handle my cranial shrubbery and failed miserably, a state that greatly confuses me because the lush, Brilloesque excellence of the full-fledge 'fro is not exactly in fashion at the moment, and usually in such phases of hair fashionability Afro picks are as plentiful in the Five Boroughs as cockroaches. On Sunday alone I must have hit at least six hair care supply stores and four general drugstores and came up with squat, so I had to resort to one of those fit-in-your-palm combs available at the local Puerto Rican meat market a block from my apartment that only really work on my hair when it's very short; my hair has just recently grown in to the point where I need a real, grownup-sized pick again, but the item I just described will have to do for now. I would have made my way to Brooklyn's Fulton Mall area, a stretch of about ten blocks in which all products pertaining to the Highly Rhythmic Individual can be had, but the subway was experiencing its usual weekend construction hoo-haas and the three stops that would have let me access the place were closed off in both directions. I'm going to give it a shot this evening on my way home from work, since the stops in question are back in operation during the working week.

What really made me notice the state of Afro pick drought was when I came to work this morning and checked out the Duane Reade pharmacy located right next to the design gulag. I went in and scanned their quite comprehensive combs and brushes section, and found nothing but a three-pack of the smallest picks I've ever seen, each of a size that I need to hold between two fingers. Had I mistakenly wandered into to toy aisle and found accessories for the Afrocentric analog to Barbie? Disgusted, I bought a three-pack anyway in an effort to make my hair look somewhat presentable after the palm-comb left my 'do looking like a freshly-pissed-in bird's nest, and the Ray Palmer-sized grooming implement only slightly managed to be of any use. I then waited until my lunch hour and left to search the plethora of hair care stores and such that litter Mrray Hill, and my tour of nine — nine!!! — separate stores yielded nothing but the toddler-sized three-pack of picks.

So in other words, if Jim Kelly — the man who inspired me to let my "natural" thrive — 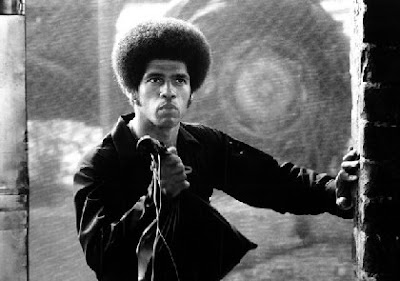 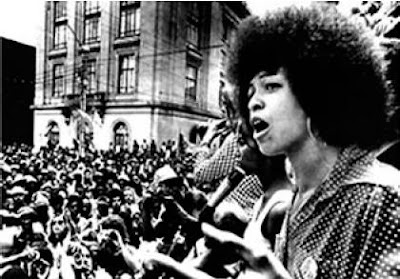 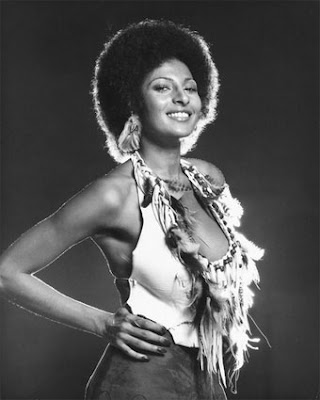 walked into a drugstore in search of an Afro pick, they'd be shit outta luck. I ask you, what the fuck kind of world do we live in where the lovely and generally excellent Pam Grier can't get an Afro pick? 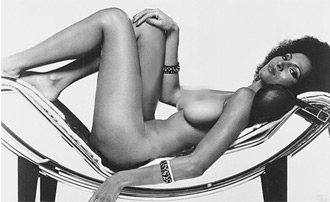 It's okay for Pam Grier not to have clothes, but to deny her an Afro pick? Unthinkable!

My coworker at my new job had an afro when I went in for my twentieth interview Friday, but when I started my first day Monday, the fro was gone. Conspiracy? Must be.

I've got my nephew, who lives up in Harlem, on the job hunting the fisted pick. He says you need to look in beauty supply shops that cater to blacks, and suggests deep out on Flatbush Avenue, or in the Albee Mall area. But we'll see if he can find you authentic Harlem fisted picks. Plastic or metal teeth?