THE SECRET WORLD OF WOMEN 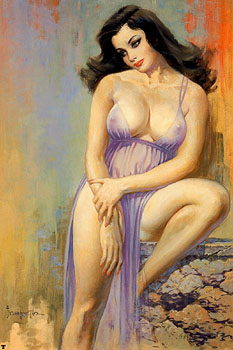 Ladies, I love you all for a million reasons and am forever grateful for my ability to be able to hang out with you and have you feel completely comfortable, so much at ease that you let loose and just be yourselves, shedding the veneer of ladylike comportment and revealing your secret, vulgar wench. For you guys out there who don’t realize it, women may at times chastise us dudes for our tasteless and/or “gross” behavior and project outrage over such mannish ways offending their tender sensibilities, but lemme tell ya that chicks are far, far worse in their bluntness and take-you-there discussions of their bodily functions, secretions, excretions, and hairiness. I've complained about being on the receiving end of this over the years, but as of the other night I officially give up and accept my fate.

Since I was in my tweens, for better or worse I’ve been given access to the secret world of women thanks to being a pretty good listener who can offer a decent piece of advice once in a while, and because my presence gives some of them a guinea pig to see just how much estrogenic candor even a supposedly enlightened male can take and at times that free pass into the earthier realm of feminine discourse has given me both pause and great amusement. For instance, when it comes to talking about their monthly, moon-related woes, some women use such charming euphemisms as “the drip,” “chumming” — as in “Yeah, I’m chumming and the Great White’s on it’s way,” with Great White being a brilliant nickname for a tampon or sanitary napkin — and “flushing out the pink sink,” but I particularly love a blanket term for women coined by a waitress I know. She refers to herself and other females as “bleedies,” and the first time I heard her say that I nearly snarfed the beer I was drinking out of my nose and onto the waitress’ mouth-watering rack.

The mention of their own equipment in terms that de-eroticizes the female form is quite sobering and it makes me remember that a woman’s body is not just some strokeable, fuckable rec room of smooth skin and jubbly bits, but also a biological machine heir to malfunctions and aesthetic/olfactory unpleasantness and mundanity just as annoying and repulsive as those experienced by guys, only women deal with such matters in a more realistic and function-oriented way. My friend Nina, a terrific lady I met during my notorious collegiate years, was needlessly critical of her physical attributes and once referred to her breasts as “udders,” thinking that they were in aspect more like the mammalian appendages found on common farm animals in general and goats in particular. I stopped short at that statement, bewildered by her harsh self-deprecation — I’d sneaked a peek at her goods more than once when she’d leaned over in my face, and I thought her girls were quite enchanting — but then her words clicked in the more analytical hemisphere of my brain and I said to myself, “Ya know, she’s right. Technically speaking, they are udders.” All horny thoughts that I could have had died instantly on the vine and I flashed on an image of Nina, all bespectacled, stoned, and smiling, her visage fused with the form of a she-goat in some barnyard or children's petting zoo, a Dr. Moreau-style chimera/humanimal whose udders wobbled to and fro like a rubber glove filled with ball bearings. 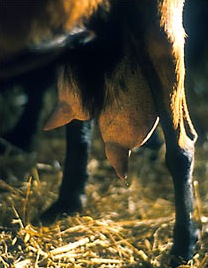 Absolutely no boner for that one, folks. But the ultimate boner killer goes to a discussion I witnessed the other night, a boozy exchange that gave me an all-new and all-horrifying term that I just have to share with you.

I was out with two women, a blonde and a brunette (who shall both remain nameless), who had both been imbibing quite heavily over the course of the evening, and when we piled into a cab bound for Brooklyn the brunette of the pair began to question whether or not she should go to visit her boyfriend, her concerns stemming from the fact that she was having her period and suffering from a virulent urinary tract infection; this had been briefly discussed earlier in the evening and the blonde, who didn’t like the boyfriend, suggested that the brunette should give it a miss. I volunteered that such issues could be worked around, a point that put the brunette at ease, and we left it at that while we pursued the night’s other distractions.

So we’re on our way back to Brooklyn and I’m in the back of a cab with these two bombed chicks, when the brunette begins to whine about her need for a proper seeing-to and how it conflicted with the current sorry state of her Good Place. She moaned on and on about “but I’ve got my period,” or “I’ve got a UTI,” all while her head kept flopping over onto my shoulder and chest. That wouldn’t necessarily have been so bad if the two of them hadn’t then decided to regale me with tales of the many times they’d been kicked out of taxis before arriving at their destinations thanks to them puking all over the cab’s back seat. They drunkenly guffawed at the time the brunette had to copiously vomit into the blonde’s handbag and how they both had to scoop up the puke and chuck it out the window as the car sped across the Manhattan Bridge, the brunette vomiting endlessly all the while. 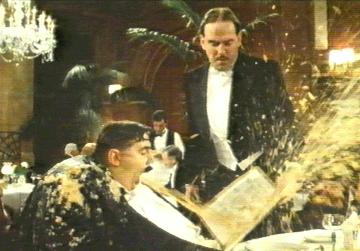 As visions of myself getting covered in half-digested hot dogs, gin, and single-malt whiskey flashed in my mind, the gynecological debate resumed, this time with the blonde taking command and offering that no guy would want to see the brunette in the condition she was in; “Look at yourself! You’re fuckin’ wasted, you’re slurring your words and you look like a fuckin’ retard. And now you wanna go see this guy and you’re all fucked up down there, and you’ve got your period, plus a UTI, and you’re gonna put your boy through that? You know what you’ve done? You’ve fuckin’ tripe-bagged him, dude. You’ve fuckin’ tripe-bagged him! No guy wants to be face-to-face with that shit! Jesus!”

Yes, “tripe-bagged.” In other words, getting nailed in the face with gory butcher’s waste. 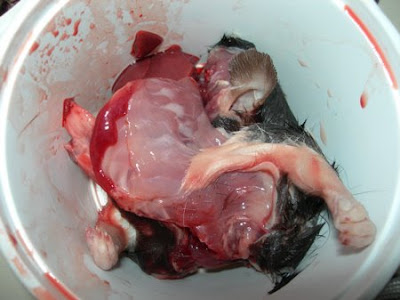 I have to say that at the same time as it’s completely stomach-turning, as a wordsmith I had to admire the term for its one-hundred percent effectiveness in conveying both the blonde’s point, and for its ability to conjure up an image of how H.P. Lovecraft may have perceived an issue of HUSTLER (I know HUSTLER doesn’t depict pussies that look like they’d been hit full-throttle by the Superchief, but you get my point).

So we eventually dropped off the brunette (she of the slaughterhouse vadge) and relegated her boyfriend to an evening of being “tripe-bagged.” 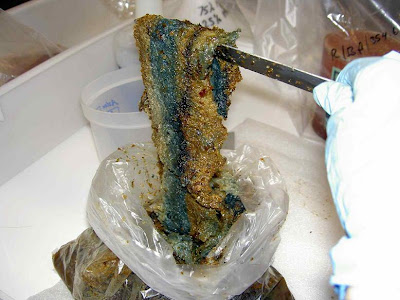 And on that note, do any of you have more such charming turns of phrase that I can add to my lexicon? What other horrible shit have you been holding out on me? Please feel free to write in and contribute! 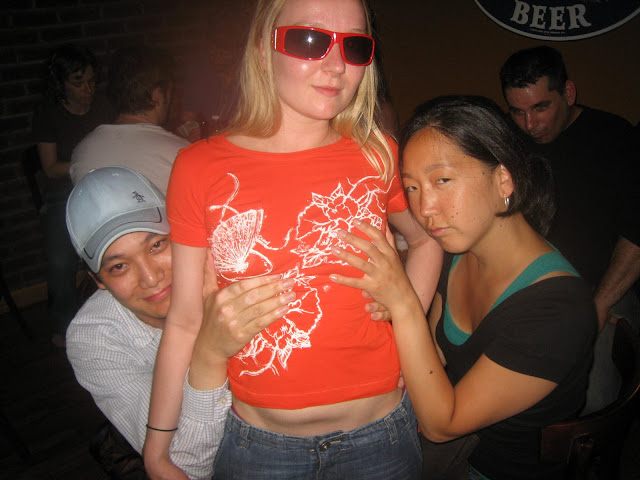 The blonde creative genius behind the term "tripe-bagging," with pals.
Posted by Bunche (pop culture ronin) at Monday, October 15, 2007

Labels: THE SECRET WORLD OF WOMEN

I tend to refer to monthly cycles as exsanguination.

There is always more to share. This will require some thought.