Yesterday after work I made my way to Brooklyn's Fulton Street Mall in search of not only an Afro Pick, but a Black Power Fist Afro pick in particular. If any place in the city would have had what I needed, it would be this one-stop destination for all things Negrolicious. 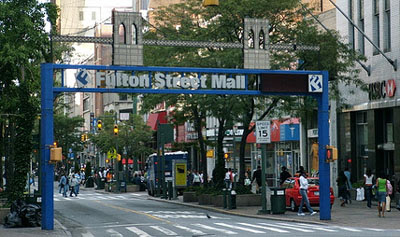 I got off the R train at the Lawrence Street stop and was immediately accosted by a bum who called me an "Oreo muthafukka" when I wouldn't give him five bucks. Yeah, I was in the right place, and in no time I came across one of the many — and I do mean many — wig and hair accessories shops run by Koreans who keep the places over-lit to the point of being as blinding as the Mothership landing, preumably as a theft deterrent. Upon entering, I found an assortment of Black Power Fist Afro picks, not the exact model I wanted but in times of drought one must make do, so I bought two. 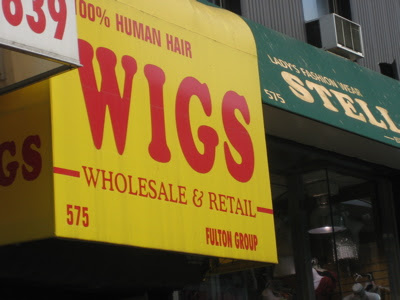 Something told me that if I looked a little harder I'd find my preferred make and model, so I checked out at least seven drugstores and hair shops, once more finding either toddler-sized three-packs like yesterday or nothing at all, but then I found a place that had just what I needed in abundance, so I once more purchased two of them, just in case. 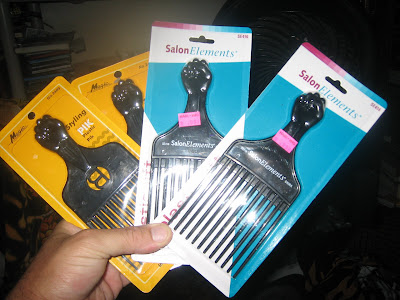 Four picks, four bucks. So while I may have had a happy ending to my quest, the Great New York City Afro Pick Drought of 2007 is far from over, so be prepared!
Posted by Bunche (pop culture ronin) at Tuesday, October 09, 2007

I want every post to contain the word "Negrolicious" from now on.