BUNCHENESS IN 2010: A STATED PLAN OF ACTION 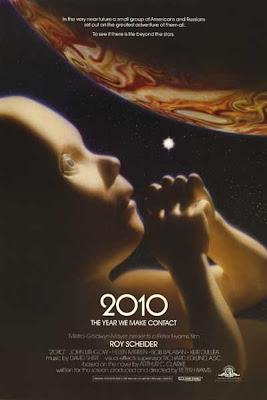 As I write this I'm listening to the Beatles' "Tomorrow Never Knows" and a good deal of my train of thought is punctuated by that lysergic pop confection, so that's what's going on if this all seems a tad stream of consciousness.

Another year has come and gone, and for me 2009 amounted to little more than a boring holding pattern of existence. Not much really turned me on this past year and my life seemed kind of on auto-pilot. Now it's 2010, I'll be hitting forty-five in June, and I feel a surge that has been building for some time, a surge to rearrange aspects of my life across the board. While some of my friends have been suffering from the so-called midlife crisis for the past few years, I don't recognize such a happenstance in my own now-middle-aged self, perhaps because I've already undergone an number of existential and emotional kicks in the head and heart since I was a teenager.

I've reached the age where I and many of my contemporaries were raised to believe we'd all be married and successful to some degree, hopefully with our shit together, and while I have certainly not achieved the first of those states of being and currently subsist at a level that could kindly be called lower middle class, I am not unhappy and I think I'm in a better psychological/emotional place than I've ever been. Some of you who have known me intimately for decades have commented on that and I find it kind of odd to exist in a state that's less dysfunctional, turbulent and drama-driven than my life was between my college days and now. I've kicked the majority of my obvious self-destructive behavior to the curb (apparently obvious to most except me) and now actually feel like I'm at a stage when I can proceed with making good on my frequently-espoused New year's goals, chief among which is to get serious and lose weight while getting into the best shape I've been in since the mid-1980's. I was not what anyone would have called Bruce Lee back then, but I was a damn sight better than I became during over two decades of unchecked indulgences in assorted intoxicants, a diet that would have gagged Elvis, and repeated wanderings into minefields of drama navigated with others who were just as fucked-up as I was was (if not moreso). These days I actively avoid such mess and I'm much happier for it, so with about a year's worth of relative calm and clarity in which to ruminate on this stuff, here's what I seek to achieve in 2010, "the year we make contact": 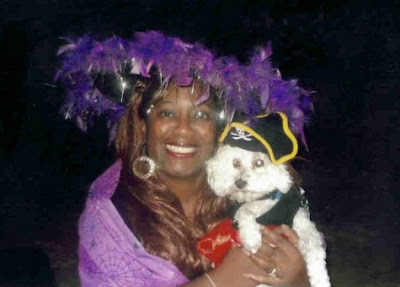 My completely excellent big sister, Janice.
Frankly she's the elder sibling I wish I'd always had, complete with a shared outlook on many things and an appreciation for the dulcet musical stylings of Blowfly, but the whims of fate conspired to keep us apart and out of touch for over three decades. She currently resides in Arizona and I plan to haul my ass out there to see her and meet her daughter (my niece) and her recently-born twins (my grand-nieces!!!), as well as a number of cousins and such that I knew nothing about until a few months ago.So that's all for now, and please wish me luck in the pursuit of these objectives. And may you also have a healthy, happy and productive new year. Things can only get better!

Oh, and not that it means anything, the song that's playing as I conclude this is the excellent surf-flavored cover of the Dead Kennedys' classic "Moon Over Marin," as played by Les Thugs.
A perfectly good tune to ring in the year with.
Posted by Bunche (pop culture ronin) at Friday, January 01, 2010

Good on ya pal. I raise a glass of hooch in your general direction. Many mahalos for a sensational blog as well.

Hope you are more than successful in your goals, Mr Bunche.

This year I'm mainly hoping to get my blog resuscitated, preferably on a daily basis. And can I just say that your fantastic blog serves, rightly so, as my inspiration!

Have a good year.

And just as I finished reading this piece, 2010 has started on TCM.

Let me know when your gonna start chucking your crap. I need some more cool things for my place

Hope all goes well for you!