WHEN COMICS HAD BALLS!

Lately I've kind of hit a snag in regard to coming up with ideas for daily posts — not writer's block, but rather the occasional lack of inspiration — so I cruise the Internet for something to light my fire. While researching I stumbled upon an excellent gallery of vintage comics covers and just had to share some of them with you. The whole site's worth checking out in detail, but the following are my favorites of the lot: 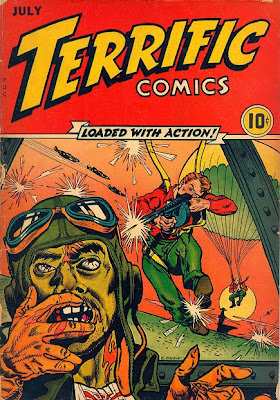 The lesson learned here would appear to be that real men didn't need planes! 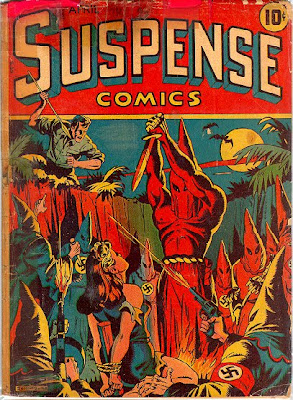 I have no idea just what the fuck was going on here, but this is the kind of cover that the kiddies dig. 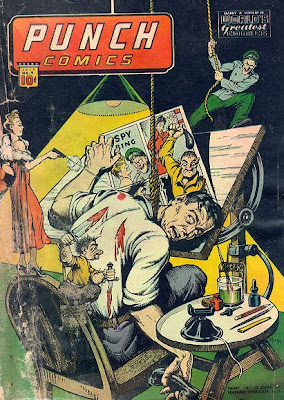 A cover that quite succinctly depicts the sorry plight of the working cartoonist. 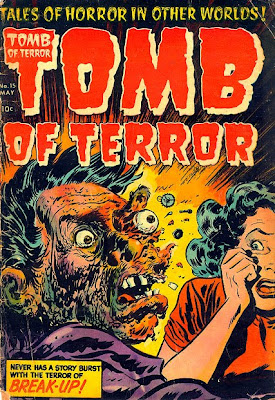 How can you not love a cover where a guy's face explodes in a shower of undefinable crud for no explained reason? 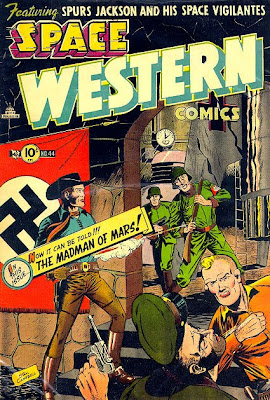 Lastly comes this cover that manages to cram a gunslingin' sheriff-type, Nazis, an impending rocket launch and a fistfight into one image. The only things missing are a gorilla with a machine gun and some slimy, tentacled alien tearing the space-suit from a big-titted Wally Wood-drawn space-babe. Who wouldn't want to read this comic?
Posted by Bunche (pop culture ronin) at Thursday, January 21, 2010

Along similar lines, here's what happened back when Democrats had balls: LBJ orders some more Haggar pants

Those are pretty great, but Space Western get s my vote for "wow, that's alotta comic book for the buck!"