More uninspired pickings from the pornucopia, namely another batch of "who wants to see this?" parodies.

The long-running and later interminably re-run SAVED BY THE BELL provided tons of wank-fodder for high school fetishists and admittedly featured eye candy for both genders, so I suppose an actually "welcome to my face" version of it was inevitable. Too bad the talent involved bears no resemblance whatsoever to Elizabeth Berkley, Tiffani-Amber Thiessen or Lark Voorhies, other than being quite clearly female. 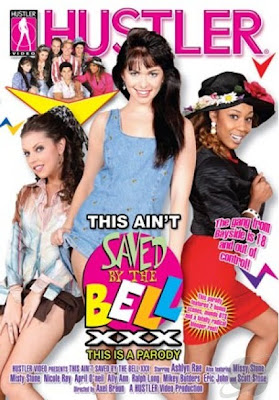 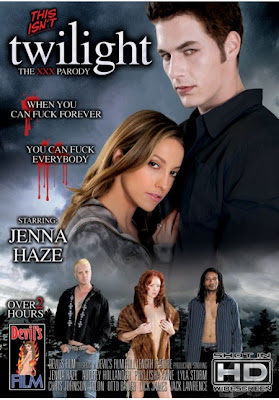 But while the previous items make perfect sense to me on several levels, the following parody piece is a huge "Who the hell could rub one out to this?" 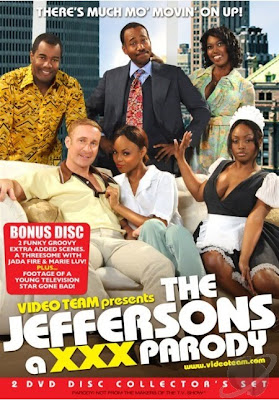 At no point during the many episodes of THE JEFFERSONS that I've seen did I imagine any kind of scenario where the characters got it on, not even Lionel (the first one) and that super-cute Jenny. What can this disc possibly give audiences? Weezie and Florence supping on each others' velvet oysters? George engaging the Willises in an unholy threesome Oreo sandwich with Tom as the filling? Mister Bentley being revealed as having a secret life as an S/M top, thus giving the actor an excuse to resurrect Paul Bendict's character from MANDINGO? Or even, worst of all, George and Florence engaging in the hate-fuck to end all hate-fucks? I shudder at the mere thought. 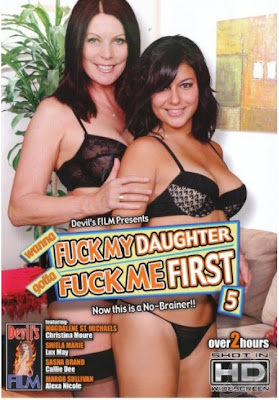 WANNA FUCK MY DAUGHTER, GOTTA FUCK ME FIRST VOL. 5: a concept I'm sure Shakespeare would have gotten around to had he lived a bit longer.
Posted by Bunche (pop culture ronin) at Sunday, October 25, 2009

Well, Shakespeare had to get sex with fairies and a guy with a Donkey head and Hamlet's attempt at having sex with his mom out of the way first.