I SURVIVED THE NY COMICON

so it's Monday morning and I'm back in place at work, completely exhausted after three days of total immersion with my people, the assembled throng of New York City (and beyond) geekdom. As promised I'll have the full story for you, but since I have to catch up on work I missed on Friday, as well as writing my two articles on panels I covered at the Con for Publishers Weekly, I won't be able to write up the whole epic saga until tomorrow. So please bear with my delay and I promise it'll be worth your while.

In the meantime I'm going to whet your appetites with a couple of shots from the floor of the Con, a swirling vortex of fannish lunacy populated by those brave — and hot — enough to rock full-blown costumes. Check back later this afternoon and I'll have a gallery of the cream of the costumed crop up for view, but for now enjoy these. 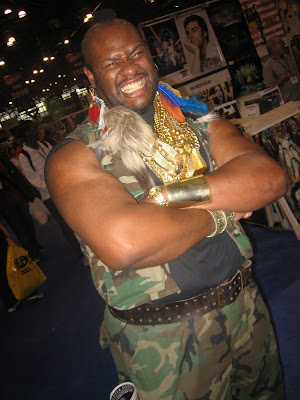 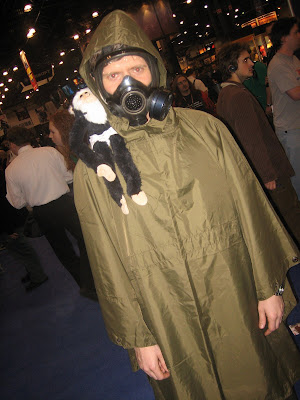 Yorick and Ampersand from Y: The Last Man. 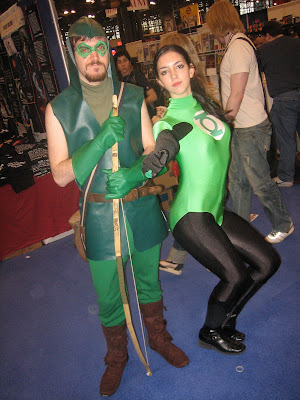 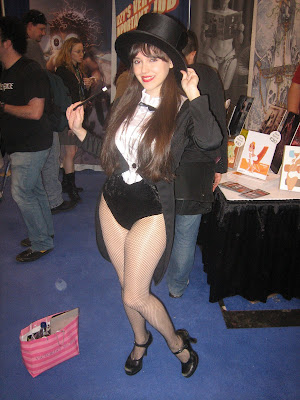 My vote for best female costume: a very fetching Zatanna.

And my very favorite costume of the entire weekend, simply because of the sheer balls it took to show up like this: 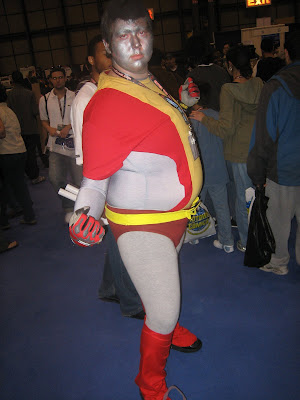 Always love the Yorick and Amp costumes but top hats off to Zatanna! She's wonderful!

And Fatass Collossus is way cooler than the comic version.

Does he shit nuts and bolts?

Long live comiccons! I can't wait to bring my son. I think at this point (5 years) he might have been a little afraid--ok, I'm a little afraid of fatass colossus.