IN THE WEE HOURS: ANOTHER LONELY LATE NIGHT 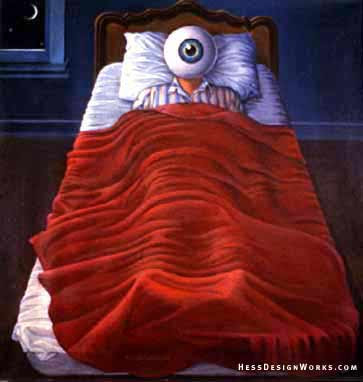 It's 3:15 AM and I'm wide-awake, slightly buzzy from what may be MSG in the obscenely huge meal I finished eating just over six hours ago. The TV is on and I found some brief and juvenile amusement in filthing up the songs being shilled by Dion (of Dion & the Belmonts, and his subsequent solo career, "Runaround Sue" and such) in one of those half-hour Time-Life CD collection infomercials; I'm truly ashamed that it took a bout of insomnia for me to convert the opening of "The Great Pretender" into, "Yes, I'm the Great Rear-Ender" (insert plaintive doo-wop keening here), but better late than never.

Before going to bed and catching the few zees I was able to manage, I had a huge dinner with my high school pal and fellow Westport cynic Ethan, with his wife, kids, and sister in tow, and I had a blast. We ate at Todai, an enormous all-you-can-eat Asian buffet ($25.95) on 34th Street between Madison and Fifth Avenues that features Chinese, Japanese, and Korean eats in shocking abundance, and I was frankly overwhelmed by the sheer variety of fresh, tasty tucker. Between rounds of stuffing my face, I got to catch up with Ethan, now a family man who teaches in California and spends the off-seasons in China. He's a guy who radiates a Vulcan-like intelligence that hides a blink-and-you-missed-it sense of dry-as-a-nun's-pussy humor, and though we hardly ever get to see each other these days the guy still cracks me the hell up. The last time we saw each other was back in 2001, a couple of months prior to 9/11, and it was then that I met Lee, Ethan's fun and very cool spouse. Tonight I got to see how well-suited to parenthood the pair is, and their kids were not only adorable, but also charming as hell. And the coolest thing about them is that, thanks to having the parents they have, the kids are growing trilingual; English, Mandarin, and Korean are spoken fluently in their household, and it still amuses me to see Ethan, a blondish Jew, rattle on in Mandarin, an occurrance that never fails to stop speakers of that language in their tracks.

Once I got home I had a too short conversation with one of my favorite women on the planet, and I'm quite pleased to see her in a good place, psychologically speaking. She's been through some major mishegoss lately, and I'm just glad to see she's doing okay.

Anyway, that's all I can think of to say at the moment. I'm going to throw some dull, low budget grade Z flick into my DVD player and hope that will lull me into a four-hour torpor. Perhaps 1935's JUNGLE BRIDE.

I wish I had someone here to talk to.
Posted by Bunche (pop culture ronin) at Friday, April 11, 2008

4:11 AM and I'm working and watching (listening to more like it) Rock the Cradle on MTV. I'd rather that tonight was more like last night where I downed 3 liters of wine and then sat back and enjoyed The Warriors on DVD. But work wont do itself and you can't really drink that much wine every night. Three nights in a row was enough. Actually I might have done it tonight too but I need to take care of some shit tomorrow night.

You need to watch the following movies for those occasional bouts of insomnia (I'm sure you have some, already):

"King Dinosaur" - With or without the MST3K crew, this movie is evil dull.

insomnia, oldies infomercial, mishegosh, blah, lets dive in to the real meat of this post, namely, the awesomeness that is todai. i recommend going for lunch because there is no way for your body to digest that much asian food in the 6 short hours between dinner and bed. many a valiant gastronomic warrior has been felled by the swift justice of all you can eat sushi AND tempura. the finest of comestible pugilists have come and gone in the persuit of it lusty prize, none yet to outlast this brilliant white trough of sorrows.
Bunche, ravage it we must, for it's mocking splendor must not go unsullied by the ravening bear paws of our boundless hunger.
-mike(big)