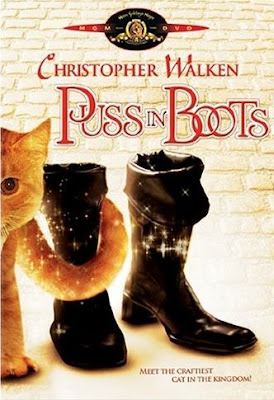 No, you are not hallucinating, and no, this is not an April Fool's Day prank. I mean, I honestly doubt I could have come up with this brilliant yet insane idea even if I'd tried to do so.

I love the story of Puss In Boots and think the character is wide open for interpretation, especially when one takes into account the personalities of cats, especially male cats. Antonio Banderas' turn as Puss was brilliant and just about the only good thing to be found in the two SHREK sequels, and I honestly thought that was as far as you could go in rendering the dashing, confident feline.

Boy was I wrong!

Apparently, back in 1988 my man Christopher Walken starred in a musical adaptation of the old Puss In Boots story, and how I didn't know about this until today I will never fathom. I was plumbing the endless depths of good old YouTube when I came across a listing for Christopher Walken doing Puss In Boots, something I figured was another of his stellar appearances on SATURDAY NIGHT LIVE. Hey, if DeNiro could do his own inimitable take on Peter Pan, why not Walken as Puss? 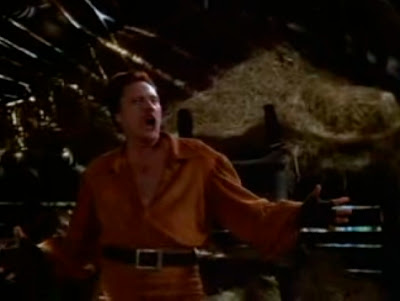 I checked out the clip on YouTube and decided on the spot to order the DVD. The sequence of Chris totally fopped-out, gazing into the camera and stating with his signature delivery and Queens accent, "You're lookin' at the cat... who ate the cream" was one for the ages, and I have to see this masterpiece in its entirety. 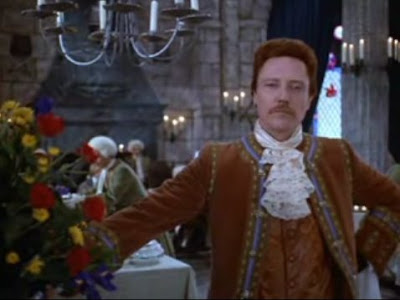 "You're lookin' at the cat... who ate the cream."
Admittedly it's one hell of a gonzo idea, but think about it: Walken's cool and self-assurance are dead-on for Puss, and the Queens accent is pure gravy. I'm ordering it tomorrow morning and I'll have a review as soon as I see this, so hopefully by the weekend.

Man, the crazy shit that can just fall into one's lap...
Posted by Bunche (pop culture ronin) at Tuesday, April 01, 2008