4/18/2008-Tucked away in an obscure room on the Javits Center’s E level, Steve “the Dude” Rude imparted his philosophy on painting to an audience of roughly twenty rapt attendees. 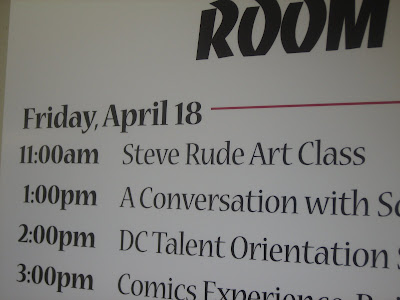 Rude, perhaps best known as the co-creator and artist on the highly acclaimed science fiction/superhero series Nexus, began the seminar with his imposing frame almost towering above the blank canvas awaiting the caress of his brush, and over the course of the ninety-plus allotted minutes covered everything from the basics of properly setting up a palette and choosing the right tools for the task of crafting a painted piece to gems of hard-earned wisdom culled from over twenty years before the easel. 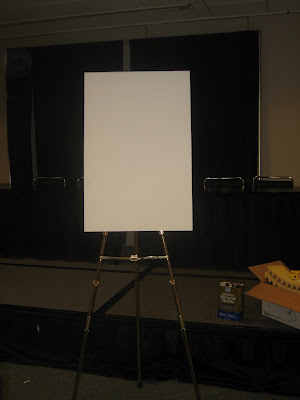 The blank slate.
Working from a live model — the lovely Susan — 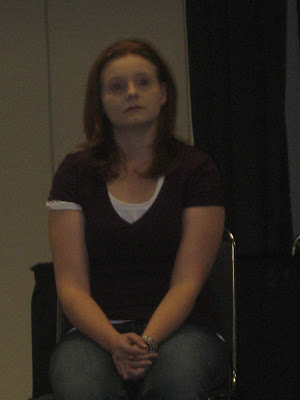 Rude composed her portrait and expounded upon his theories of the mental approach to painting, rather than the physical, more technique-oriented approach, and those in the audience hung on his every word, occasionally interrupting with thoughtful questions. 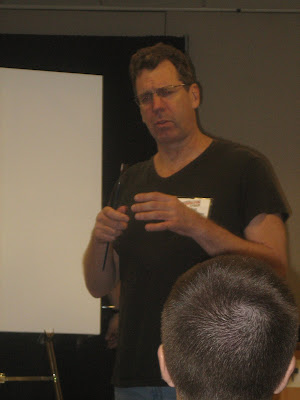 While discussing his own journey along the path of attaining his painting chops, Rude stated that there comes a point in one’s life when there are no more excuses to prevent the creative individual from doing what must be done to attain their desired proficiency in their chosen form of expression, concluding that “Not knowing was far more painful than what I’d go through to get the knowledge.” 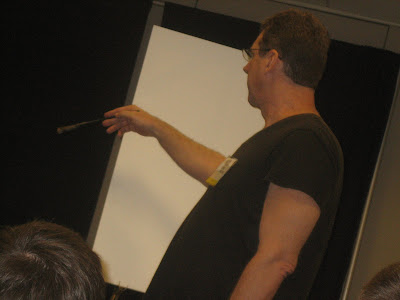 Rude’s words held the effortless gravity of a master illustrator, a description that certainly fits a man whose perfectionist’s attention to the quality and craft of his work is evident in every image he creates, from his pen-and-ink comics work to his more ambitious fully painted cover and poster work. 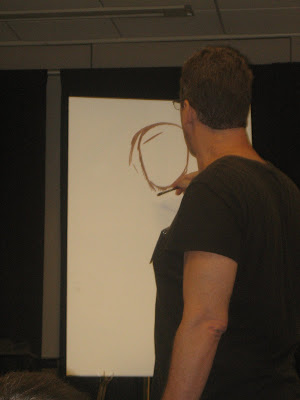 His calm, cool speaking voice and concentration on the artistry involved in painting rendered the seminar a real art class rather than a forum for discuss of the comics process of fannish minutia, so those who are fortunate enough to witness one of Rude’s demos are advised to show up with notebook in hand and their minds in a place ready to absorb refined knowledge straight from the creative tap. 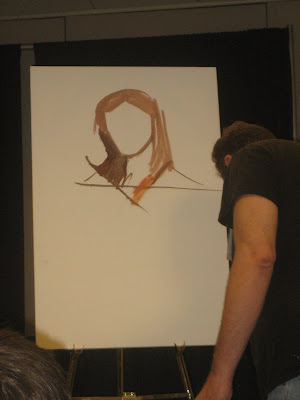 When asked by an audience member if he always worked from a set palette, Rude paused before answering and then replied, “A set palette is for a set mind. See what’s in front of you first, and adapt to that,” a nugget of truth that makes unimpeachable sense, and echoes some of Bruce Lee’s theories on the martial arts found in the late martial artist/philosopher’s Tao of Jeet Kune Do. 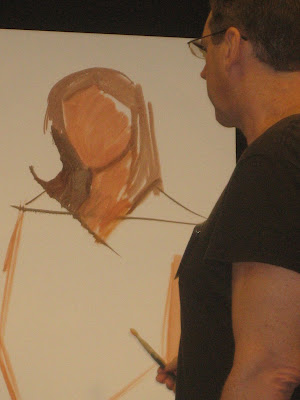 Self-admittedly never content, such sentiment is appropriate for an artist unsatisfied with allowing his skills to rest on their laurels, instead striving for self-improvement through his art. 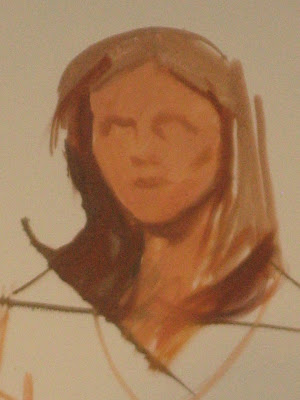 The features start to come together. 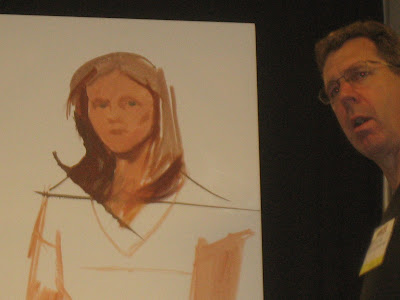 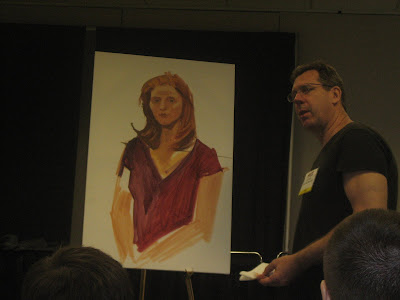 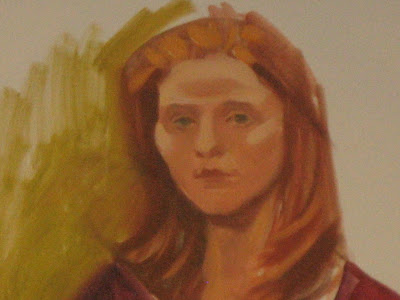 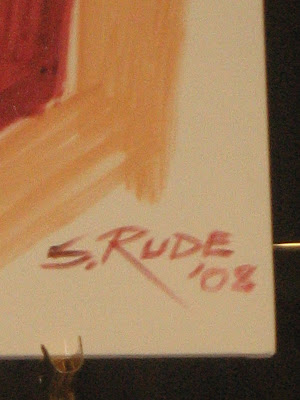 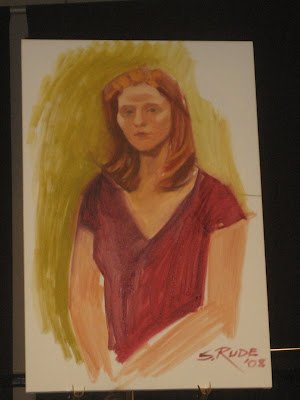 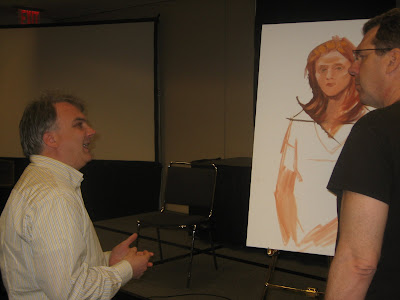 My buddy Ed Murr chats with the Dude. 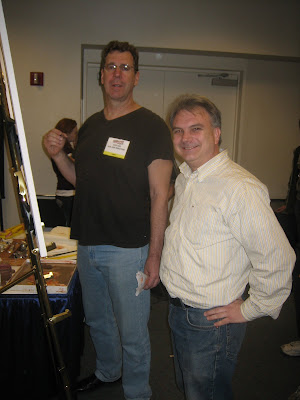 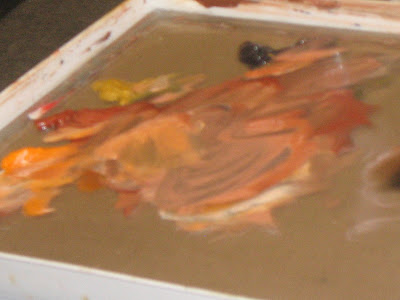