"THE AMAZING SPIDER-MAN" and other fun stuff

The other afternoon I was hanging out with my gloriously filthy-minded pal, Jill, when somehow the conversation degenerated to nasty guy stuff similar to topics covered on this blog a few weeks ago. (See "Debunking the Stranger ")

Jill, a diminutive woman whom one might mistakenly think of as too cute and children's show host-looking to command so voluminous a range of twisted concepts, somehow brought up the subject of the infinite and disgusting "sex acts" postulated by drunken (or just plain idiotic) guys and introduced my already polluted mind to two that were new to me. First up is one when a guy shoots his ball-sauce into the eye of girl who's unconscious enough not to be awakened by taking a shot in the face — I'd venture that serious liquor would be a prerequisite — , after which said population paste is allowed to dry into a makeshift eyepatch so that when the young lady awakens and tries to open her crusted-over eye, the eye in question is glued shut and she exclaims, "AAAAAAARRR!!!" This lovely bit of boudoir tomfoolery is aptly entitled "the Pirate."

Seeing Jill's facial expression as she demonstrated the "AAAAAARRR" caused me to nearly snarf my beer all over myself, so, seeing the state that the Pirate put me into, Jill asked, "Ever hear of the 'Amazing Spider-Man?" Being a comics-geek I almost said, Well, duh!" but remembering where this conversation had begun I confessed ignorance. Jill's deceptively wholesome, Disneyesque face split into an evil smile when she looked me in the eye, mimed "the old man throwing dice," and said, "The Amazing Spider-Man is when a dude jerks off into his hand, makes a fist, and then flings his jizz at whomever he chooses, the gesture mimicking Spidey throwing a web!"


How to perform "The Amazing Spider-Man" 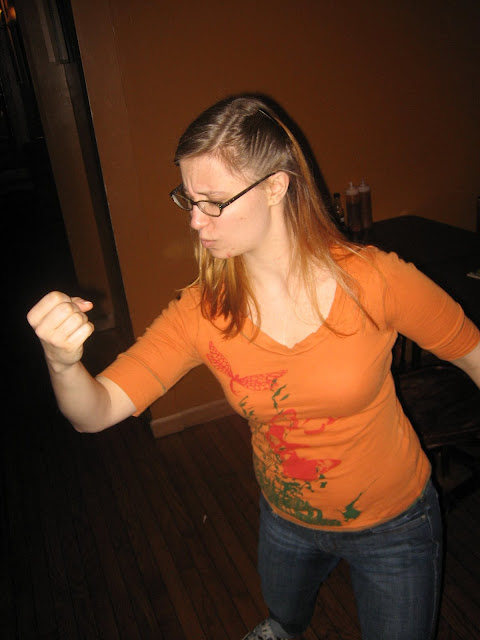 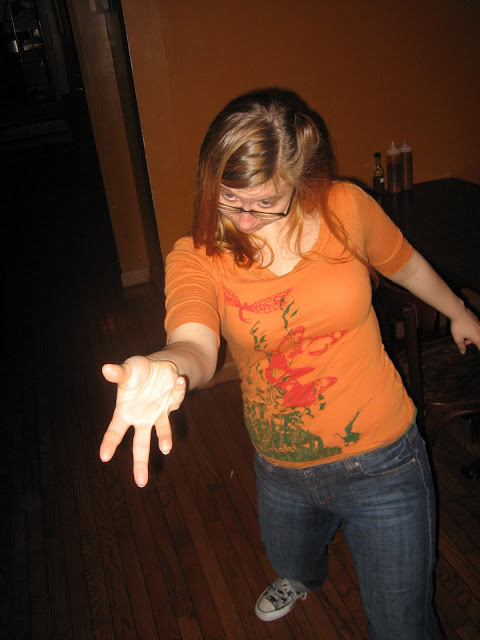 Step 2: Fling your spunk with a palm-up downward motion, giving the your man-glue missile some Spider-Man-style "English."


I'm telling you, people like Jill enrich my life in oh so many ways...
Posted by Bunche (pop culture ronin) at Tuesday, April 08, 2008

I dont know whether I am glad or dissapointed I missed this part of the afternoon....
--E!

I was apparently a much nicer guy than I thought back when I was dating.

So... um, when did hurting/ humiliting folks who had just given you sex become a popular sport again(*)? Is the dating pool filled with 12-year-olds, or is there something seriously fucked up here (so to speak)?