A CHALLENGE TO MY GEEK SUPREMACY

Following in the wake of my own Chernobyl of geekiness, namely the shot of me in the Batmobile wearing the Adam West cowl and talking to the Commissioner on the car's Bat-Phone, my pal Amber sent in the following shot in a bid for geek supremacy: 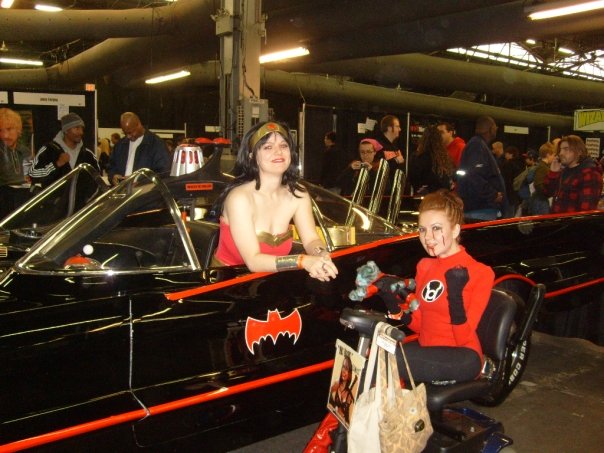 She and her friend Jill (as a Red Lantern, for those not in the know) totally kicked my ass for geekery because:
And while that shot does indeed rule, this next one is guaranteed to become a favorite pinup among fanboys (and certain fangirls I could name) worldwide: 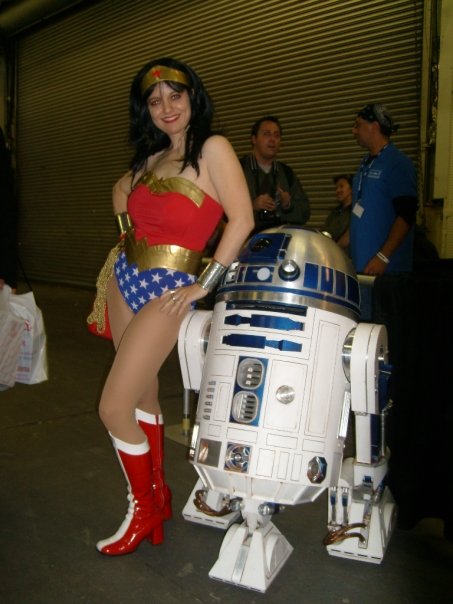 The only way this could possibly have been any better is if it also included the Pogues' former frontman, Shane McGowan, in a homemade skintight Aquaman getup. Sheer unadulterated and utterly shameless geekness, rocked with both aplomb and tastefully appealing hotness. None of that Slave Leia bullshit! Repeat after me: Blessed be the might and majesty of the geek goddesses who walk among us and are in on the fun!!! And if you're fortunate enough to be romantically involved with one, cherish her more than an actual lightsaber prop as used in the original 1977 STAR WARS. You know how serious that shit is!
Posted by Bunche (pop culture ronin) at Monday, October 19, 2009

You're a true gentleman, my dear friend!