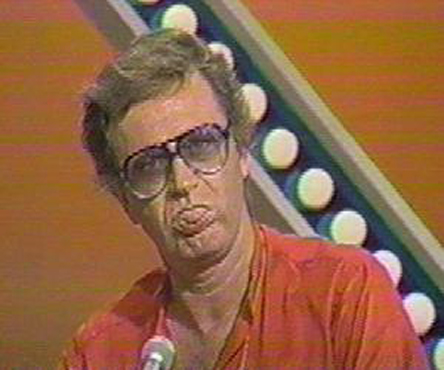 With the passing of Charles Nelson Reilly the world is now considerably less gay.

When I was in the single digits and had no idea what “gay” was, I clearly remember seeing Charles Nelson Reilly on a rerun of THE GHOST AND MRS. MUIR as the flitty supporting character Claymore Gregg and asking myself “What’s up with this guy?” As time went by and some of my third grade schoolmates exhibited similar traits — shoutout to R.W.!!! — I figured it out and felt like I was in on a secret. In a time when the networks barely had any black people on the tube, there was Reilly, burning down the house and funnier than just about anybody on the game show circuit (with the obvious exception of the even more flaming and mean-spirited Paul Lynde) and his "difference" was not at all a big deal. In fact, much like Lynde, he was revered for his snarky, swishy irreverence.

Best known for his role as the evil Hoodoo the magician on the psychedlic Sid & Marty Kroft opus LIDSVILLE, 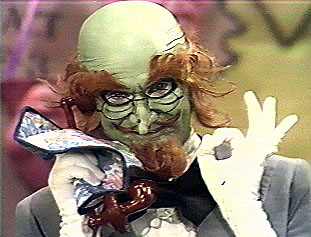 and his run on MATCH GAME, Reilly also shone as the title character on UNCLE CROC'S BLOCK, a brutal satire of kiddie shows and their inane hosts, and I caught every single episode during its blink-and-you-missed-it run. 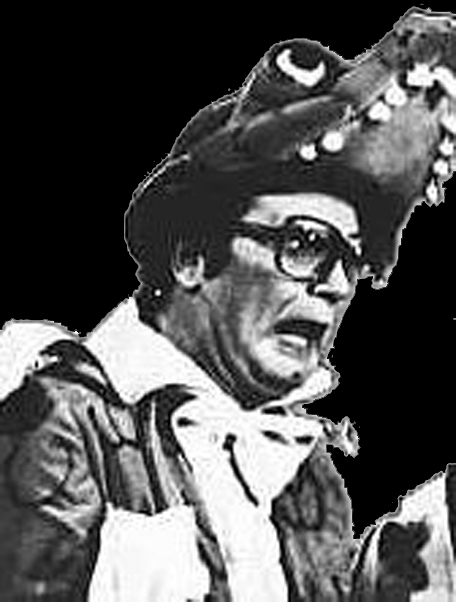 The most succinct description of the series comes from Jim's Filmation Page:

"UNCLE CROC'S BLOCK was a ferocious lampooning of other children's shows, with Charles Nelson Riley playing the disgruntled titular part, who hated his job as a children's show host. Also featured were Alfie Wise as his sidekick Mr. Rabbit Ears and Jonathan Harris as the show's director Basil Bitterbottom. Centered around skits were Uncle Croc and a wide variety of parodied characters such as Captain Klangeroo, Bogey Bear, Steve Exhaustion/The $6.95 Man, and Captain Marbles, a play on Filmation's live action SHAZAM! series. The very popular Evel Kneievel was also parodied. Koo-koo Kneivel was a wild puppet bird in a giant coo-coo clock, and would occasionally pop out of the clock to introduce a segment in bizarre fashion."

Trust your Bunche, the show was a lot crazier than it may sound and the ultra-queer factor went through the roof due to genius move of casting Jonathan "Doctor Smith" Harris as Croc's boss, Basil Bitterbottom. If for some reason you don't recall Harris' immortal space-queen from LOST IN SPACE, all I have to do is show you this photo: 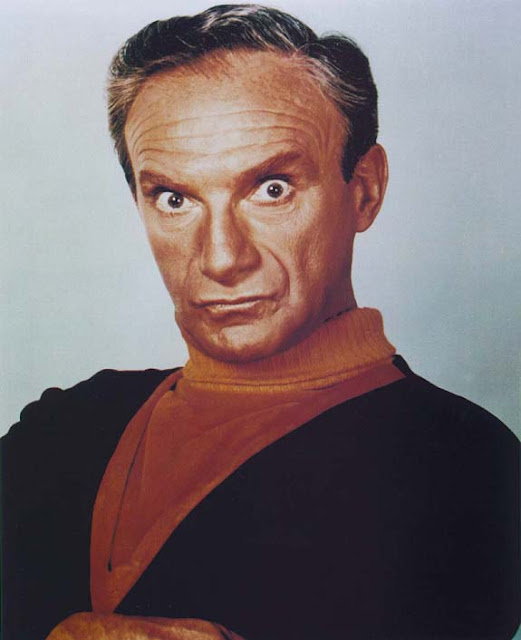 Jonathan Harris as Dr. Zachary Smith, my favorite space-character this side of Mr. Spock.

Seriously, the only way this show could have possibly been any gayer is if Paul Lynde were in the cast. If that had happened, the world would have turned lavender and assless chaps would have been the fashion of the day. And since it was the mid-1970's that would only have been an improvement.

Anyway, UNCLE CROC'S BLOC came and went in no time,and hopefully Filmation will release it on DVD since they're releasing boxed sets of far less worthy programs. I'd love to see it again, if only to have a record of CNR's strangest legacy. The guy was cool as shit.

And here's the skinny on his death. From API:

LOS ANGELES- Charles Nelson Reilly, the Tony Award winner who later became known for his ribald appearances on the "Tonight Show" and various game shows, has died. He was 76.

Reilly began his career in New York City, taking acting classes at a studio with Steve McQueen, Geraldine Page and Hal Holbrook. In 1962, he appeared on Broadway as Bud Frump in the original Broadway production of "How to Succeed in Business Without Really Trying." The role won Reilly a Tony Award. He was nominated for a Tony again for playing Cornelius in "Hello, Dolly!" In 1997 he received another nomination for directing Julie Harris and Charles Durning in a revival of "The Gin Game."

After moving to Hollywood in 1960s he appeared as the nervous Claymore Gregg on TV's "The Ghost and Mrs. Muir" and as a featured guest on "The Dean Martin Show." He gained fame by becoming what he described as a "game show fixture" in the 1970s and 80s. He was a regular on programs like "Match Game" and "Hollywood Squares," often wearing giant glasses and colorful suits with ascots. His larger-than-life persona and affinity for double-entendres also landed him on the "Tonight Show" with Johnny Carson more than 95 times.

Reilly ruefully admitted his wild game show appearances adversely affected his acting career. "You can't do anything else once you do game shows," he told The Advocate, the national gay magazine, in 2001. "You have no career."

His final work was an autobiographical one-man show, "Save It for the Stage: The Life of Reilly," about his family life growing up in the Bronx. The title grew out of the fact that when he would act out as a child, his mother would often admonish him to "save it for the stage." The stage show was made into the 2006 feature film called "The Life of Reilly."

Reilly's openly gay television persona was ahead of its time, and sometimes stood in his way. He recalled a network executive telling him "they don't let queers on television." Hughes, his only immediate survivor, said Reilly had been ill for more than a year.

No memorial plans had been announced. 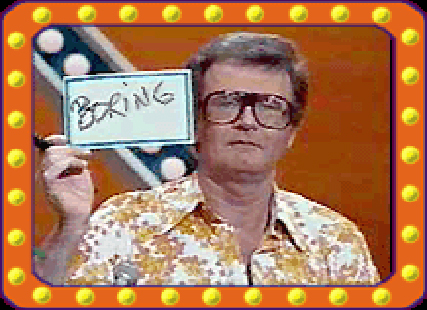 Can you imagine network execs putting a flaming queen on a kids' TV show now - much less on a slew of them? Ah, Charles, the world is a less colorful place without you!

I'm trying to picture uber-fag Charles Nelson Reily and uber-butch Steve McQueen in the same acting class, and snarfing my breafast at the thought!

(I wonder how many times CNR made the "McQueen" joke before Steve threatened to beat the shit out of him...)

Sorry for your loss doll -Jes

HELP! My husband has been talking about Uncle Croc's Block for years, never finding anyone who remembers the show. I would love to buy shows, photographs, articles, anything to give to him as a gift. HELP!

I only have the dimmest memory of CNR as children's show star, but I do remember enjoying it so much I would think about it before bed time.

you are a sorry human.... hope this message finds you deceased.

May I ask why I'm a sorry human? Because I was a big fan of Reilly? Because I was a fan of someone who's gay? If that;s your beef, then you're definitely reading the wrong blog. Or did you merely skim my post and not understand it was a massive fan letter to the man?

Whatever. Plus, if you're going to leave a statement hoping to find me deceased, the least you can do is have the bravery to leave some kind of a name attached to said wish. "Anonymous" is for pussies.

Oh, Bunche. It's so sweet when one of your nutty ex-girlfriends throws her two cents in!

Incidentally (the photo of Dr. Smith reminded me), I was surprised to find out Jonathan Harris was straight, with a wife and kids and a pretty decent acting resumé! He did the flaming Dr. Smith thing so well, I'd never have guessed.
He should have gotten a lot more work.