OH, FOR FUCK'S SAKE!-FRODO & THE STOOGES? 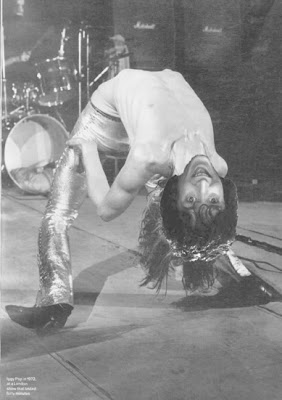 I swear I'm not making this up (special thanks to Jewish Warrior Princess for the heads-up); from dotmusic:

Elijah Wood will play Iggy Pop in a forthcoming movie about the rock legend, it has been confirmed. The "Lord Of The Rings" star has been linked with the lead role in the film for some time, with shooting now expected to commence in around six months.

Apparently the film will concentrate on the initial years of Pop's career. However he has decided against getting involved, despite describing Wood as "a very poised and talented actor". Iggy explained: "The script ain't chopped liver...It was a work of art. But subjectively, I don't want to be involved in any way.

"A producer and the writer sent me a very decent letter, and asked me to write back if I didn't want them to do it... I don't feel negative about it at all."

Okay, if the Iggster himself has good things to say about both Frodo, er, Elijah and the script, that gives me hope. But Elijah had better be ready to whip out a big meat-truncheon when the onstage antics get crazy...
Posted by Bunche (pop culture ronin) at Thursday, May 17, 2007