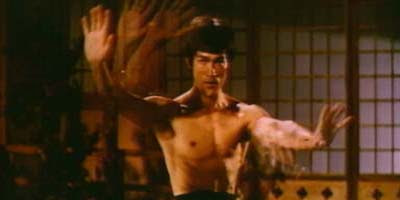 Anyone who's ever taken the NYC subway system knows it's a fascinating and often frightening study in the myriad states of humanity, with you as a captive observer (and sometimes unwilling participant) until the doors open at the next stop. Having gotten used to the garden variety loonies who infest the Brooklyn trains and buses over the past four years, I had forgotten the truly unique and confrontational denizens who roam the lines running through the Big Apple proper, the great beast that is Manhattan.

My new job is located one block and a couple of avenues from Grand Central Station, and to get there from where I reside in Brooklyn I take the Manhattan-bound R train to Times Square and transfer to Grand Central on the shuttle that runs between the two 42nd Street traffic hubs; during the two weeks of this commute, I have several times encountered Harvell, a Black late-fifty-something Viet Nam vet who begs money to allegedly send his son to the Boston Conservatory for Music and hawks STREET NEWS — a newspaper whose procedeeds supposedly go to NYC's homeless — and generally irritates the living shit out of the daily passengers, rendering a one-and-a-half minute shuttle ride nigh unbearable. And, as my buddy Jared will tell you, for some reason I am a magnet for every fucking looney in the Manhattan subway system, and during my first week on the job I attracted Harvell's interest with a large button fastened to my carryall bag, a badge that reads "STILL AGAINST WAR." He barred me from getting off the train just to tell me that he appreciated the sentiment and then marred cool peacenik moment with the beginnings of a rant about Jesus, a move that allowed me to channel my inner Jesse Owens and bolt from the train.

This morning I threw on my gaudy Bruce Lee Hawaiian shirt, one of the most comfortable shirts I own, and made my way to work. Once I hit the shuttle there was Harvell, and when he saw my shirt he stopped me cold, pointed at the image of Bruce and said, "Now THAT was the MAN, mothafukka!!!" Not knowing what else to say, I responded with a polite, "Indeed he was" and swiftly moved to the far end of the car. Harvell followed me, elbowing his way through the wall of human congestion, and shouted, "Young man! YOUNG MAN!!!" I pretended not to hear him, but Harvell soon thrust his finger into my face and stated, "When I was in Viet Nam I was in Korea, and a martial arts master told me that the old-time masters were pissed the fuck off at Bruce Lee, so one of them hit him with a delayed-reaction pressure point move, and killed his ass!!!"

Now if there's one thing I am sick to fucking death of, it's all those idiotic theories about the "real" cause of Bruce Lee's death, a bunch of postulations straght out of a comic book that ease the blow of his untimely death at thirty-two because so many just can't accept that their badassed superhero was after all just another mortal man. The autopsy determined the cause of death as an allergic reaction to the ingredients in an aspirin tablet that caused a cerebral edema, or swelling of the brain, and not the long-rumored "Dim Mak" death touch administered by an irate martial arts adept, so get over it already!

Anyway, I shot back with the autopsy info, and Harvell's head nearly exploded; his only retort was "Naw. nigga! That's the way is was, Jack, and it was just his time! God is in control, and we think we know every fuckin' thing, but we don't know nothin! GOD IS IN CONTROL!!!" He then composed himself long enough to squeese in one last appeal for money to support his son's education, now purported to be taking place at Berkely College, "for jazz," and I made my escape into the throng of Grand Central.
Posted by Bunche (pop culture ronin) at Thursday, May 17, 2007

The 7 train will get you between stations too. Sometimes it's easier than the shuttle.

"When I was in Vietnam, I was in Korea"

Wow! So, when Harvell was in Vietnam, he was actually able to teleport himself back in time to the Korean War? Or perhaps "Korea" was the name of a psychedelic acid lounge located in the back alleys of Saigon?