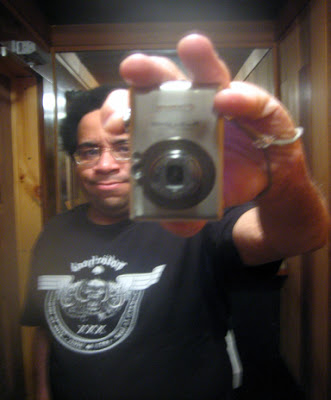 Today marked the beginning of my new job, so I figured I'd usher in the new by shaving my head and cultivating a new cranial shrub from scratch. After two years of absorbing barbecue fumes I figured my hair needed a chance to rebuild itself, so on Saturday night I broke out the buzzer and went a-shearin'. 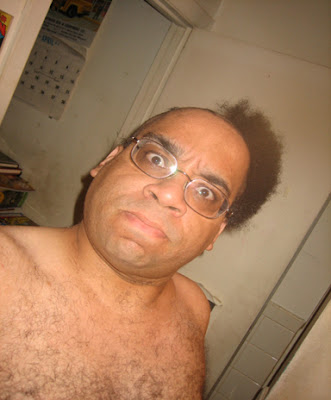 The first day of work was pretty mellow, and I began to learn the ropes of my new duties. The one thing that sucked was being used to a largely nocturnal schedule, so I had a bitch of a time trying to sleep, ending up with maybe an hour's worth. I did fine throughout the day though, and now I'm gonna try to stay awake until ten or so and then pass the fuck out.

Not the most exiting of posts, but how often do get to see me with a half-shaved skull?
Posted by Bunche (pop culture ronin) at Wednesday, May 02, 2007

Very exciting for me--you didn't know about my half-shaved copywriter's skull fetish, did you?