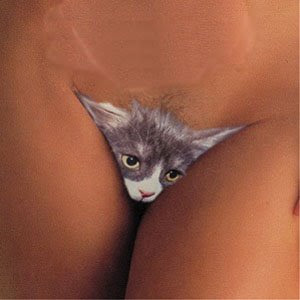 Just when I thought life couldn't possibly suck any worse, I read this. Excerpted from this week's SAVAGE LOVE column — by the esteemed Dan Savage — in the Village Voice:

Researchers at the Johns Hopkins Bloomberg School of Public Health announced last week that oral sex—blowjobs and cunnilingus—may cause throat cancer. First, the bad news: If you and your girlfriend have had more than five oral-sex partners in your lives, PBA, you are both 250 percent more likely to develop throat cancer than some sad asshole who's never had oral sex. Researchers are too polite to point this out, but I'm not: Most Americans eat pussy and swallow cock. According to the National Center for Health Statistics, 90 percent of straight men and 88 percent of straight women report engaging in oral sex. Half of all American teenagers have had oral sex; by age 19, the number rises to 70 percent. "Researchers believe," reports New Scientist, "oral sex may transmit human papillomavirus (HPV), the virus implicated in the majority of cervical cancers," and the virus lodges in the throat, where it can cause cancer. Study subjects infected with HPV were 32 times more likely to develop throat cancer; folks who tested positive for one highly aggressive strain of the virus, HPV-16, were 58 times more likely to develop throat cancer. Smoking, previously believed to be the culprit behind most throat cancers, only triples a person's risk. But before we panic—it's just one study—let's put throat cancer in perspective. Despite the fact that nearly all Americans engage in oral sex, throat cancer accounts for a tiny percentage of the roughly 1.5 million cases of cancer diagnosed every year. According to the Cancer Facts & Figures report released by the American Cancer Society in 2007, we will see 35,000 cases of oral cancer this year—that's tongue, mouth, pharynx, and "other oral cavity." That compares to 271,000 cases of digestive-system cancers, 229,000 cases of respiratory cancers, 220,000 cases of prostate cancer, and 180,000 cases of breast cancer.

And let's put HPV in perspective, too. While most sexually active adults are exposed to HPV at some point, our immune systems usually "clear" the virus on their own. So not every HPV exposure leads to infection, and not every HPV infection is lifelong. Researchers are, according to reports, working on a saliva test for HPV—because when it comes to cancer, early detection saves lives.

So while the news is alarming, and the mainstream media will doubtless go into full hysteria mode, last week's report in The New England Journal of Medicine shouldn't be read as, "Eat yourself some pussy, get yourself some throat cancer!" Engaging in oral sex puts you at a greater risk—significantly greater, admittedly—of contracting a virus that, if your body doesn't clear it, has a very small risk of causing throat cancer. It's not a certainty; it's a risk. As with any pleasurable activity, sexual or otherwise, we weigh risks against benefits and make decisions. Smart folks minimize their risks—by, say, using condoms for oral sex (har har)—but most sexually active adults are likely to conclude that the real and immediate pleasures of oral sex are worth risking a distant and unlikely case of throat cancer.

And what does your favorite Bunche have to say about all of this?

Now, I can't speak for you, but if eating pussy is now rated as a possible carcinogen then life simply is not worth living anymore, so I'm goin' out with my tongue a-lashin' and my face glistening like a raw egg. Shit, it's a risk worth taking.
Posted by Bunche (pop culture ronin) at Friday, May 18, 2007