Every month, even when I’m not flush with vast amounts of cash — which, let’s face it, is most of the time — I have a powerful urge to purchase new music that suits my somewhat…outré tastes. So with that in mind, welcome to SOUND & FURY, a new music column for those in need of a guide to the stranger realms of aural delight.

MINE IS NOT A HOLY WAR-Jihad Jerry & the Evildoers (2006, Cordless Recordings) 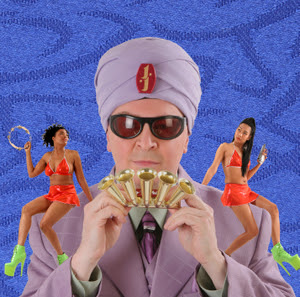 When most people think of Devo they picture frontman Mark Mothersbaugh — the ultra-dorky-looking dude with the birth control glasses — but the driving force behind the band was Gerald V. Casale, the group’s bassist, co-songwriter and originator of the concept in the first place. This album is a fun side project featuring some of his Devo compatriots handling musical chores that skillfully walks the difficult line between hard rocking party album and shake-your-ass dance record. In fact, it’s pretty much a Devo album in every way but for the band name, replete with the spud boys’ trademark ruminations about sex, political issues, and just plain weird shit. The disc is a solid rocker from start to finish, and the highlights include “Army Girls Gone Wild”— a dance floor gloss on the horrors of Abu-Ghraib — the unfairly catchy anti-Bush stomper “If the Shoe Fits,” and updated, accelerated remakes of “I Been Refused,” “Find Out,” and “I Need A Chick,” three of the more obscure gems from the Devo catalog, although I have to wonder why “I Been Refused” has been sanitized to remove mention of the protagonist’s unhealthy interest in taking pink-on-parade photos of his sister’s pussy while the explicit “I Need A Chick” leaves nothing to the imagination as it voices one man’s need to have his dick properly seen to. Sample lyrics:

Been pukin', been shittin'
Been dyin' of thirst
Ain't got no field to plow
No hole for my pole
I'd fuck a mink stole
I need a chick
To suck my dick!

But whatever, the album is a pleasant and danceable diversion, so throw on your Energy Dome and boogie your ass off while sliding down the de-evolutionary slope. RATING: 8 out of 10 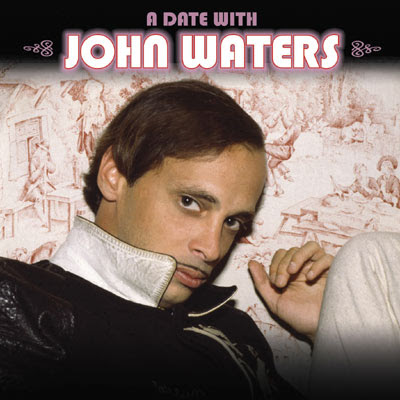 This followup to 2004's A JOHN WATERS CHRISTMAS is a must for collectors of theme discs crammed with hard-to-find obscurities, but much like its predecessor the results are somewhat uneven. As you would imagine, any Valentine's Day album compiled by the "Pope of Trash" has a lot of potential for musical twistedness, but Waters fails to mine his record collection to full effect, selecting songs that most fit the theme and also including non-bizarre/transgressive tunes that he simply likes a lot. What the fuck are Ike & Tina Turner's "All I Can Do Is Cry" and Ray Charles' superlative "The Right Time" doing here? They're great, but inappropriate, and if you're gonna have any version of the classic tale of homo jealously "Jet Boy, Jet Girl" why the ever-loving fuck would you choose Elton Motello's over that of the Damned? But on the bright side we do get Clarence "Frogman" Henry's "Ain't Got No Home," "If I Knew You Were Comin' I'd've Baked A Cake" by Eileen Barton with the New Yorkers, "Johnny Are You Queer?" by Josie Cotton, and two treasures by Dreamland Studios goddesses (?) Edith "the Egg Lady" Massey, whose version of Frankie Valli & the Four Seasons' "Big Girls Don't Cry" should be reclassified as a felonious assault, and my girl Mink Stole working the sultry-voiced nightclub chanteuse angle with "Sometimes I Wish I had A Gun." RATING: 6 out of 10, with extra points awarded for "Ain't Got No Home" and the Mink Stole number. 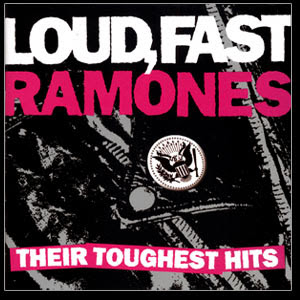 I've already got every sngle Ramones album but I couldn't pass up this umpteenth greatest hits album because it focuses on exactly what the title says and leaves out their softer (but still great) work such as "Here Today, Gone Tomorrow," "Ramona" and "I Want You Around." It's the perfect gift with which to indoctrinate your eight-year-old since it has no cussing or devil junk, but my only complaint is that it leaves out "We Want the Airwaves," "Durango 95," "Scattergun," and my favorite Ramones song of all time, the unjustly ignored "The Return of Jackie and Judy" from the Phil Spector-produced END OF THE CENTURY (1979). That gripe aside, this is a terrific CD, definitely worth buying if you're one of those lazy greatest hits compilation supporters who can't be arsed to check out the full albums, and the perfect disc with which to annoy the shit out of your douchebag next door neighbors. RATING: 8 out of 10 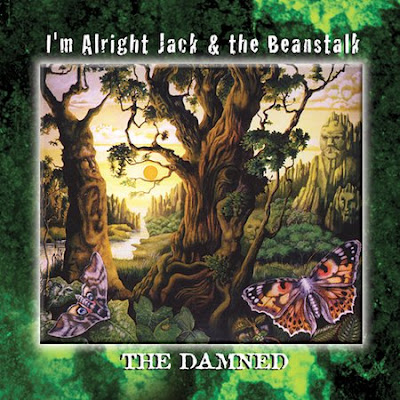 Third in line after Devo and The Cramps as my absolute favorite band, the Damned have to go a loooooong way for me to say anything really bad about them, so it pains me to say that this album, recorded in 1996, is a strong contender for the title as the worst album in their more than three decades of rocking out. This album is pretty much a showcase for vocalist Dave Vanian's poovy, overproduced theatricality, the most annoying facet of the band, usually kept in check by allowing him one or two numbers per album on which he can croon like the Broadway idol he wishes he was (the vomitous "Curtain Call" and "Is It A Dream" come immediately to mind). MUSIC FOR PLEASURE and ANYTHING are most often singled out as the Damned's weakest offerings, with STRAWBERRIES sometimes mentioned, but I'M ALRIGHT JACK & THE BEANSTALK gets my vote as their rock-bottom worst album ever. I listened to it once, barely managing to stay awake, and will never spin it again. And adding insult to injury is the fact that the best track on the album is yet another live version of "Neat, Neat, Neat," this time recorded for a BBC session, and when the eight-millionth regurgitation of that admitted classic from thirty-one years ago is the best that the band can do, I'd sadly say it may be time for the Damned to hang it up. Although, to be fair, GRAVE DISORDER was released in 2001, and that's one of their three finest albums, so there may still be hope. RATING: 1 out of 10
Posted by Bunche (pop culture ronin) at Wednesday, May 23, 2007