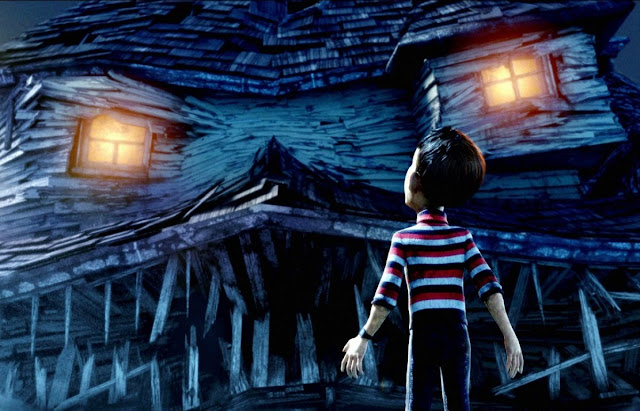 A haunted house and then some.

Every neighborhood has the one house that everyone avoids, and in the case of young D.J. and his best friend, Chowder, that distinction falls on the dilapidated home of old man Nebbercracker. Nebbercracker is the personification of every scary old "You kids git offa my lawn" stereotype, going so far as to confiscate any toys or tricycles and such that wind up in his yard, along with ominously extending the warning "You'll be dead!!!" to any terrified children who trespass.

But while most such houses in suburban neighborhoods in stories of this ilk usually turn out to simply be bolstered by years of urban legend and misunderstanding, the Nebbercracker domicile actually is alive and nasty, regularly devouring locals and pets. The two boys both witness the house's malevolence and fail in their attempts at convincing those older than themselves of the clear and present danger, but the pair are soon joined by private school girl Jenny Bennett (whom both lads are crushing hard over) and the trio joins forces to put a stop to the ravenous abode. 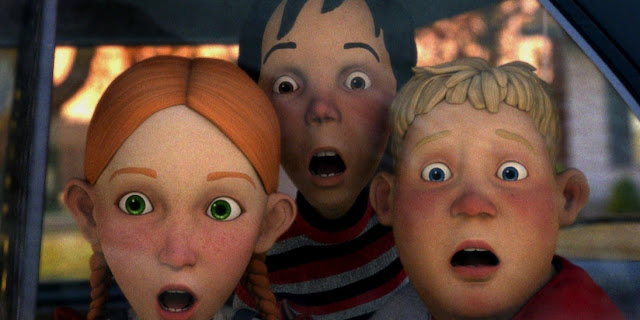 MONSTER HOUSE is a fun and family-friendly horror offering that serves quite nicely as a gateway piece for the little ones, though things do get a bit scary during the last act, when the secret of the house is revealed and the dwelling goes on a rampage of destruction through the neighborhood. It's about as pure and simple as it gets, and it refreshingly shies away from the puerile gags that the makers of films for children seem to think should be shoehorned into all such fare. MONSTER HOUSE is there to bring some spooky fun to younger audiences and it succeeds at doing so while respecting the imagination and intelligence of kids. Definitely recommended for the young 'uns, and also fun for now-grown former "monster kids." 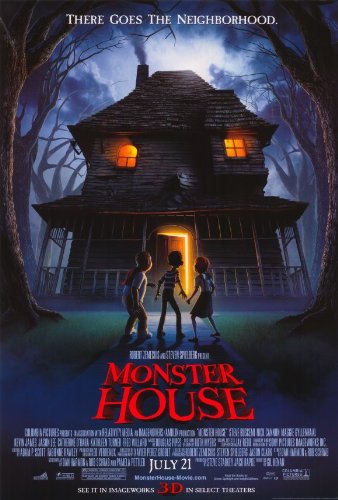