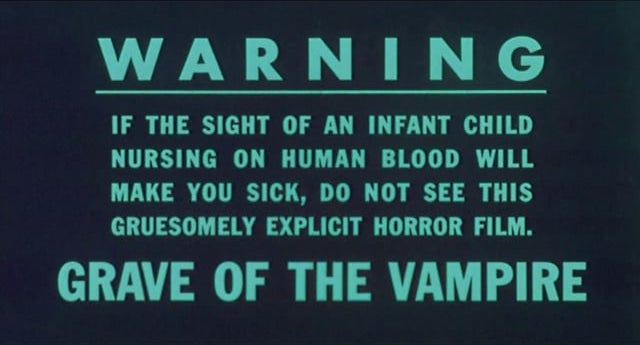 A young couple’s choice of venue for lover’s lane action proves disastrous when they park in a graveyard and a hungry vampire, one Caleb Croft (Michael Pataki), rises from the earth in search of sustenance. 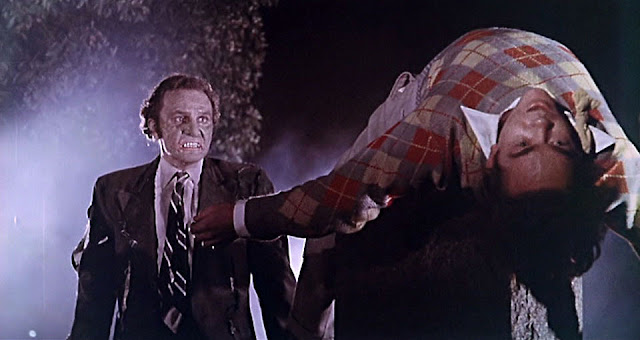 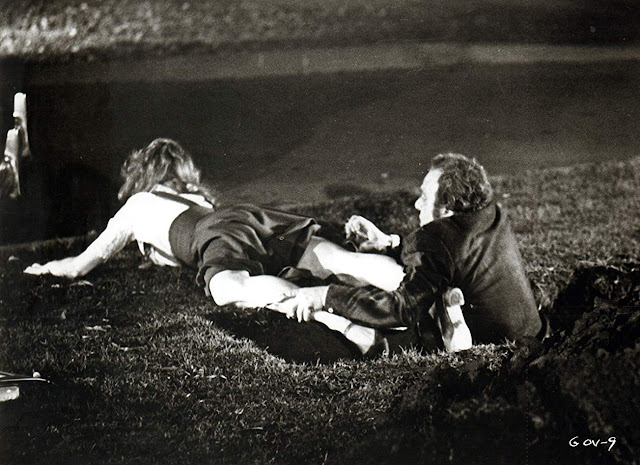 ...for more than just blood.

Croft kills and drains the boyfriend while the horrified girl screams in terror, but her day gets considerably worse when the undead murderer drags her into the open grave and rapes her (thankfully off-camera, allowing our imaginations to conjure up something far worse than what could have been presented directly). She survives the ordeal, considerably less sane for her trouble, and gives birth to a pale baby boy who won’t breastfeed. When mum accidentally cuts her finger with a knife and her blood falls onto the babe’s lips, he laps up the red stuff with gusto and his mother immediately begins lacerating her breasts to feed her little one. 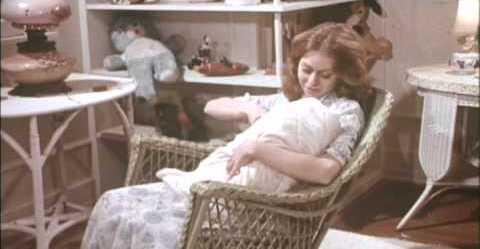 As the years go by mom perishes from blood loss, and the half-nosferatu child grows up into a hulking specimen (biker film mainstay William Smith) who sets out to take vengeance against his father, provided he can track him down. In a novel twist, Croft is now a professor of legends and mythology at a university’s night school, and as he begins preying upon the student body his son signs up for a night course. 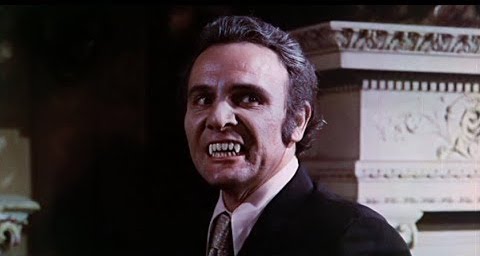 What follows is a game of cat and mouse that erupts into a knock-down, drag-out ass-whuppin’ of a showdown from which only one can walk away, and while I ain’t sayin’ nothin’, there is no happy ending…

This whole film’s pretty good, if a tad dated, but the thing that sets this one squarely in the exploitation/grindhouse firmament is the still-shocking setup. I mean, really. Raped by a goddamned vampire as he crawled from the grave after years of sleep? Now, that's original (if incredibly sleazy and tasteless)! Proof of what can be achieved with a low budget and a solid script, GRAVE OF THE VAMPIRE is very much recommended, and it's one of the handful of old school grindhouse perennials that I would love to see get a modern, gorier remake. 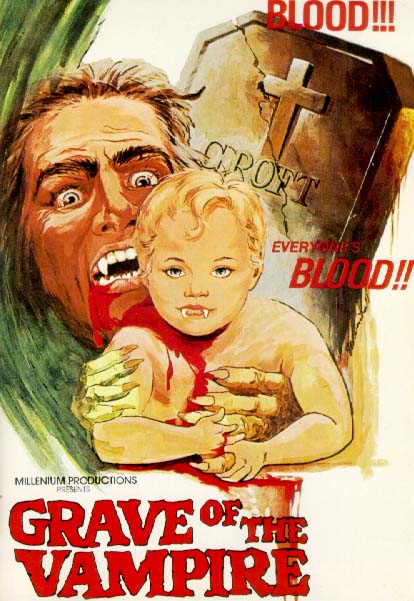