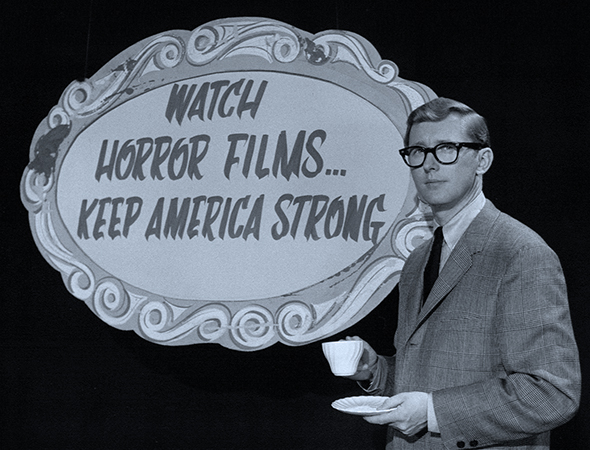 Hey there, dear and loyal Vaulties!

But enough of all that flowery film school yakkety-blah-blah-blah. If you've bothered to read this far, it's plain that you care about scary movies and are here to see what baleful chronicles of fright Yer Bunche will dredge up from the celluloid depths for the year of two-thousand and nineteen. As in previous years, there is no real rhyme or reason behind my choices, though there will be the occasional thematic overlap and comparison/contrast of certain sub-groups within the genre. I will also rerun a couple of reviews I did for entries that came out between last year's run of 31 DAYS OF HORROR essays, in case some of you readers may have missed the more recent stuff.