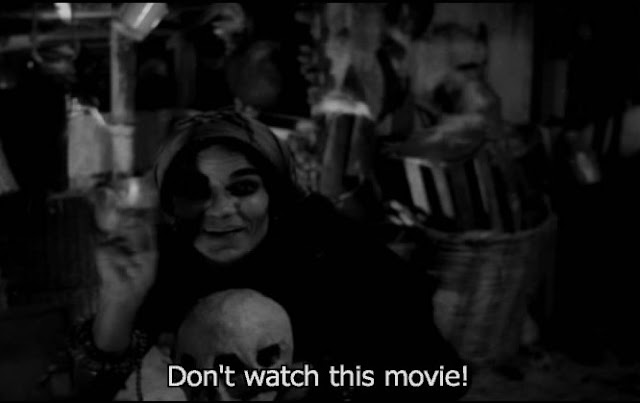 When a movie opens with a witch warning you not to watch it, you know you're onto something.

In a small Brazilian town, sinister undertaker Zé do Caixão — commonly translated into English as "Coffin Joe" — terrorizes the locals with his nasty, violent nature and obsesses over the continuation of his lineage with a son. Unfortunately, his wife cannot conceive children, so Ze sets his sights on his best friend's fiancee, who wants nothing to do with him, and embarks on a campaign of murder and brutality in order to achieve his goal.

Of interest for a number of reasons, including it being Brazil's first horror film, AT MIDNIGHT I'LL TAKE YOUR SOUL is less of what American horror fans might consider a straight "horror" movie per se, but is instead rather a character study about utter immorality that comes into direct conflict with the strictures of hardcore Latin-style Catholicism. Virtually every aspect of Zé do Caixão himself is an affront to the Catholic faith and all it stands for, so his depiction must have been quite a kick in the head for believers in his native audience. Brought to vivid, histrionic life by multitasking filmmaker José Mojica Marins, Ze is perpetually dressed in a black suit with cape and top hat (presumably proper attire for his profession in that era) but for all intents and purposes he resembles some sort of baleful dabbler in the black arts or some kind of South American iteration of the classical Gothic vampire. He also sports long, talon-like nails and exudes an air of near-palpable evil, so his mere presence is quite off-putting. Plus to say nothing of the fact that he is an aggressively unrepentant asshole in general. 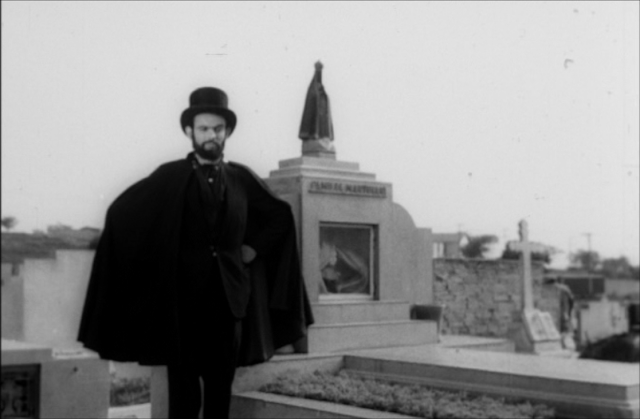 The study in gallant, feel-good charm that is Zé do Caixão (José Mojica Marins).

The acts that Ze gets up to amount to a catalog of distinctly indecent behavior that is frowned upon by basically any religion one can name, but his transgressions bear considerable weight when factored against how a good practicing Catholic is supposed to conduct oneself. Among Ze's many, many offenses can be counted blasphemy, the eating of meat on a Friday during lent (which he defiantly and amusingly does in full view of a priest-led procession of the faithful that passes by his open window), unabashed lust, betrayal of friends, intent to rape, association with witches, savage abuse of women, acts of unprovoked violence and mutilation, and a couple of instances of outright murder. 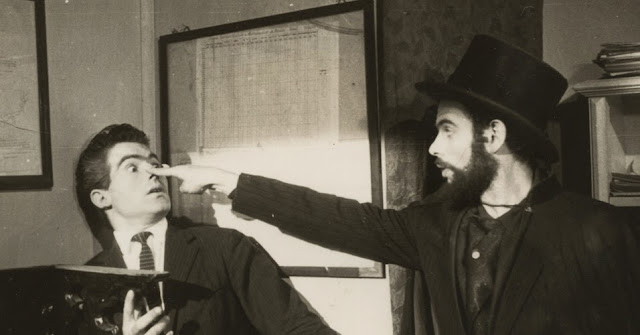 With its atmospheric setting being pretty much a South American answer to classic Universal or Hammer's European hamlets where all manner of diabolical ghastliness occurs, the true horror here is the towering assholism of Zé do Caixão, a human monster in no uncertain terms. Though wielding no supernatural powers or special knowledge of the "darke artes," in terms of sheer malevolence, Ze easily earns his place among the roster of all-time great evil cinematic presences. Sure, he's very culturally and era-specific, but that's what makes him interesting and worth checking out, and believe me, there's more to come... 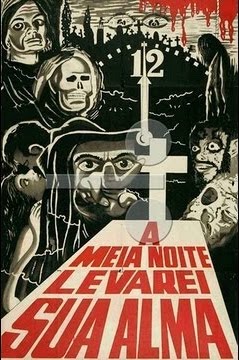