THE HORROR OF THE "EGG SPIDER" (AND OTHER CREEPY WANKING TECHNOLOGY) 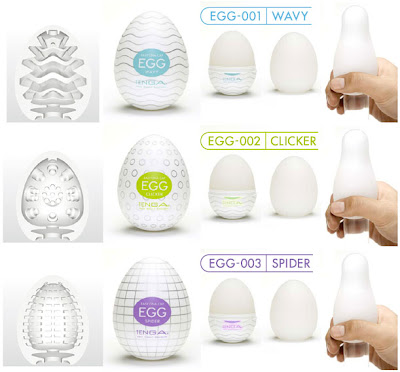 From the Tenga website.
Wondering exactly what the fuck and "Egg Spider" was, I took a look at the Tenga website and discovered a number of flesh-crawling (though amusing) items like the "Hiney Can" (an artificial anus/vagina combo contained in a fake can of beer that looks like a Heineken knockoff). 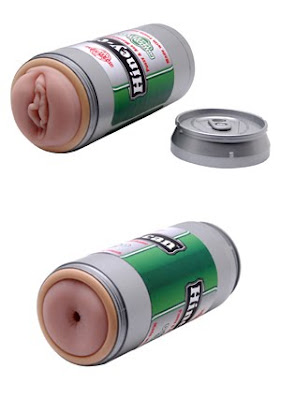 The "Heiny Can."
And then there's the "Flip Hole," which is proudly touted thusly:

Better than a vagina? Not gonna happen, pal. Never in a million years. And on top of that, the fucking thing resembles one of those guillotine-like cigar-cutters! 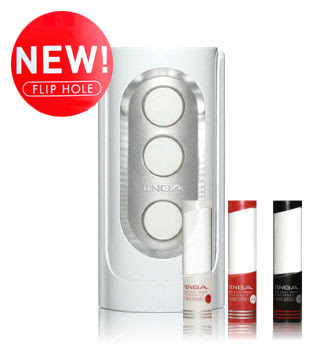 The Tenga "Flip Hole." To paraphrase Tevye, "May God bless and keep the Flip Hole...far away from me!"

But I digress. Back to the "Egg Spider."

The fact that it's called an "Egg Spider" is disturbing enough, but where's the reservoir for collecting one's "population paste?" What is a guy supposed to do, just sit there in a swamp of his own ball sauce? The cleaning logistics are appalling, to say the least, but then again I guess guys who buy this kind of item have been dealing with that since at least as far back as the "pocket pussies" of the 1970's. Which once again leads me to raise the oft-asked question, "Whatever happened to just plain old jerking off?" I posed that query on Facebook along with a link to the aforementioned ad, and, acting on that and cartoonist Rick Parker's proposed "Draw Bunche at Lunch" project (suggested on Facebook), my buddy Kevin Kobasic creatively combined both items and came up with this: 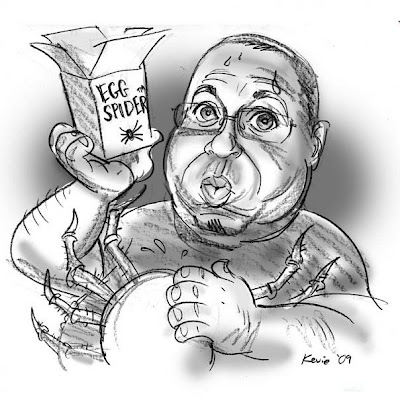