LUCY VODDEN, THE INSPIRATION FOR "LUCY IN THE SKY WITH DIAMONDS," DEAD FROM LUPUS AT AGE 46 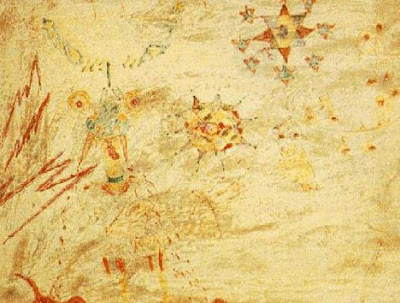 The child's drawing that sparked a psychedelic classic: "Lucy in the Sky with Diamonds" by Julian Lennon, circa 1966/67.

I'm a Beatles buff, but I'm not gonna lie. The first time I heard "Lucy in the Sky with Diamonds" was when Elton John's cover of it came out and I was totally blown away by it, but at that tender age I had not yet heard the Beatles original. That situation was corrected a couple of years later and I was one of the legion of fans who'd been led to believe the song was a lysergic ode to the joys of LSD — "Lucy, Sky, Diamonds..." Get it? Heavy, man! — but such was not the case as many of us discovered after years of immersing ourselves in Beatles minutia. A far cry from its alleged hallucinogenic roots, the true origin of the song couldn't possibly be more innocent or sweet, and reading this obit admittedly made me tear up. From the Associated Press:

'Lucy in the Sky With Diamonds' Subject Lucy Vodden Dies

Lucy Vodden, who provided the inspiration for the Beatles' classic song "Lucy in the Sky with Diamonds," has died after a long battle with lupus. She was 46.

Her death was announced Monday by St. Thomas' Hospital in London, where she had been treated for the chronic disease for more than five years, and by her husband, Ross Vodden. Britain's Press Association said she died last Tuesday. Hospital officials said they could not confirm the day of her death.

Vodden's connection to the Beatles dates back to her early days, when she made friends with schoolmate Julian Lennon, John Lennon's son. Julian Lennon, then 4 years old, came home from school with a drawing one day, showed it to his father, and said it was "Lucy in the sky with diamonds." At the time, John Lennon was gathering material for his contributions to "Sgt. Pepper's Lonely Hearts Club Band," a landmark album released to worldwide acclaim in 1967. 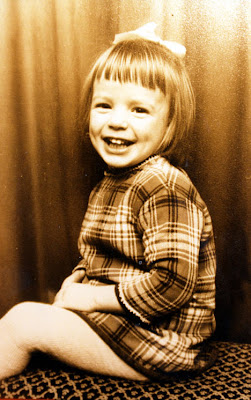 Lucy Vodden as a child.

The elder Lennon seized on the image and developed it into what is widely regarded as a psychedelic masterpiece, replete with haunting images of "newspaper taxis" and a "girl with kaleidoscope eyes." Rock music critics thought the song's title was a veiled reference to LSD, but John Lennon always claimed the phrase came from his son, not from a desire to spell out the initials LSD in code.

Vodden lost touch with Julian Lennon after he left the school following his parents' divorce, but they were reunited in recent years when Julian Lennon, who lives in France, tried to help her cope with the disease. He sent her flowers and vouchers for use at a gardening center near her home in Surrey in southeast England, and frequently sent her text messages in an effort to buttress her spirits.

"I wasn't sure at first how to approach her," Julian Lennon told the Associated Press in June. "I wanted at least to get a note to her. Then I heard she had a great love of gardening, and I thought I'd help with something she's passionate about, and I love gardening too. I wanted to do something to put a smile on her face."

In recent months, Vodden was too ill to go out most of the time, except for hospital visits.

She enjoyed her link to the Beatles, but was not particularly fond of "Lucy in the Sky with Diamonds." "I don't relate to the song, to that type of song," she told the Associated Press in June. "As a teenager, I made the mistake of telling a couple of friends at school that I was the Lucy in the song and they said, 'No, it's not you, my parents said it's about drugs.' And I didn't know what LSD was at the time, so I just kept it quiet, to myself."

Vodden is the latest in a long line of people connected to the Beatles who died at a relatively young age. The list includes John Lennon, gunned down at age 40, manager Brian Epstein, who died of a drug overdose when he was 32, and original band member Stuart Sutcliffe, who died of a brain hemorrhage at 21.

A spokeswoman for Julian Lennon and his mother, Cynthia Lennon, said they were "shocked and saddened" by Vodden's death.

Angie Davidson, a lupus sufferer who is campaign director of the St. Thomas' Lupus Trust, said Vodden was "a real fighter" who had worked behind the scenes to support efforts to combat the disease.

"It's so sad that she has finally lost the battle she fought so bravely for so long," said Davidson. 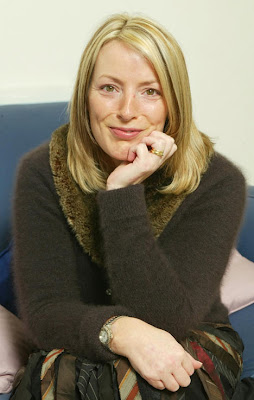 I'm glad to hear this song had such an innocent beginning. The lyrics are wonderful. Interesting post Steve!

For all the jokes I made... Amazing entry, this is exactly what a blog should be. It reminds me of the old definition of a blog. A web log, where people would record things they found on the web, an aggregator of cool. Thank you.