OVERWHELMED BY THE GEEKISH GOODNESS 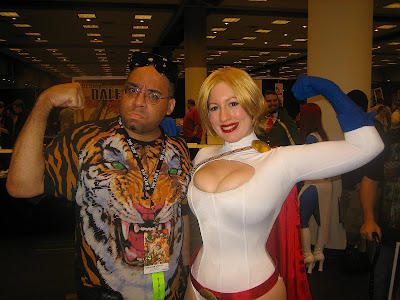 Sorry it's taking so damned long to post a gallery of shots from Dragon Con but I'm picking and choosing from over seven-hundred images and making color/sharpness/exposure fixes to some of them, so i think you can imagine that it's a bit of a Herculean task. I promise to have them up soon — as well as an account of the adventure that will be run over at THE BEAT — but until it's all fully ready to rock, here are some highlights: 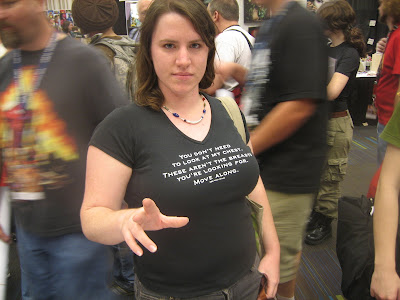 The best Jedi Mind Trick ever. Double-click on the image to read her shirt and get the gag. Oh, and the gesture makes it! 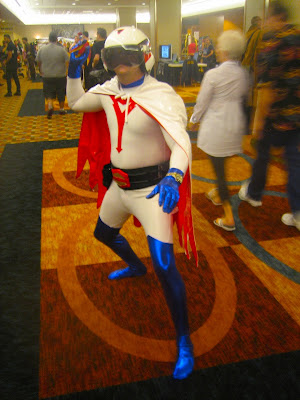 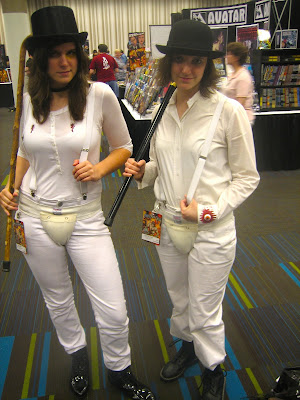 I would like to express my heartfelt appreciation of these women (and others like them who were present) who not only love A CLOCKWORK ORANGE, but also don't subscribe to the frequently-espoused point of view that the film is nothing but a wall-to-wall festival of gratuitous and graphic rape scenes. They know better because they've actually seen the movie. I don't care if folks don't ike the movie, but please get your facts right before talking shit. Seriously, these ladies are okay by me. 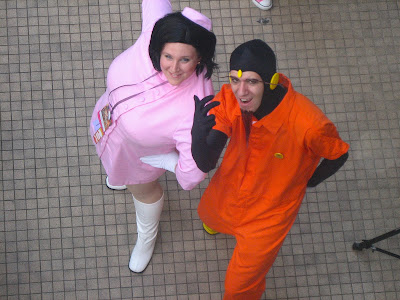 A bird's eye view of Dr. Girlfriend and The Monarch. 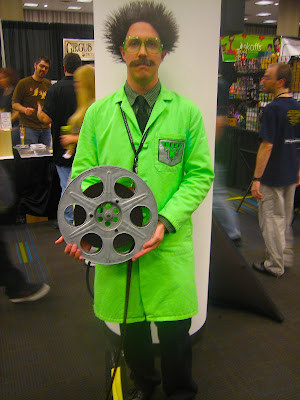 Dr. Clayton Forrester, getting out of Deep 13 for once. 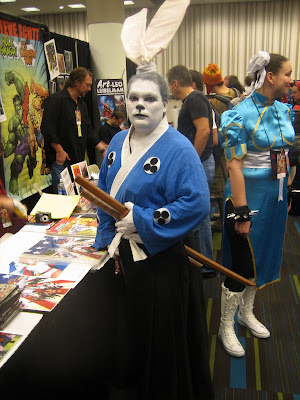 Usagi Yojimbo is represented, and about goddamned time. 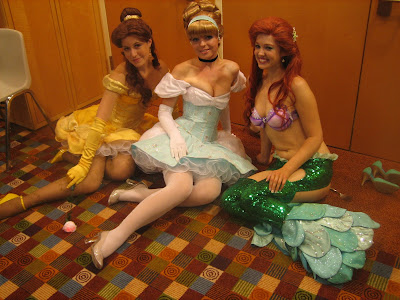 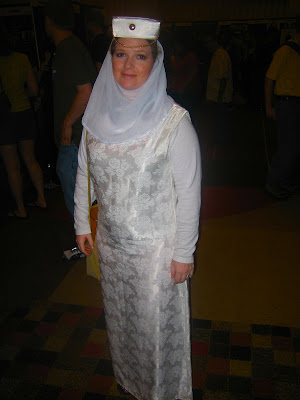 Not Zoot, but her identical twin sister, Dingo. (NOTE: if you don't get it, see MONTY PYTHON AND THE HOLY GRAIL and all will be made clear.) 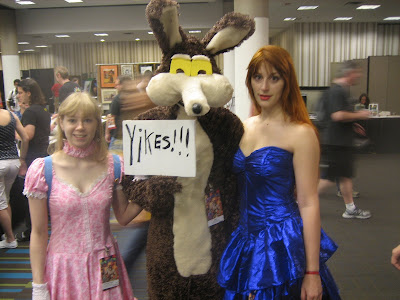 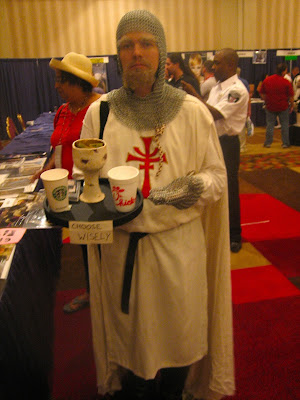 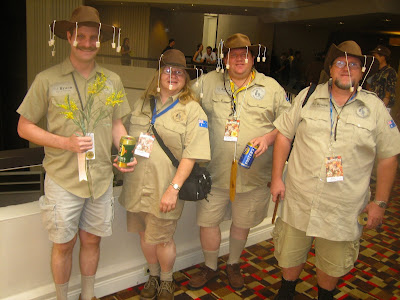 More Monty Python: the Bruces, just in from the University of Woolamaloo. 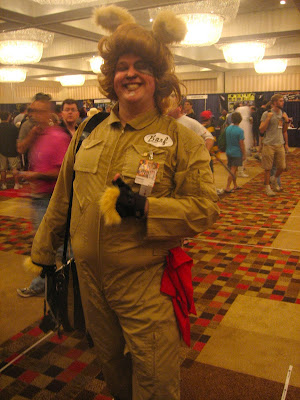 And ya gotta love Barf, even if SPACEBALLS pretty much sucked ass.
Posted by Bunche (pop culture ronin) at Tuesday, September 08, 2009

More and more people seem to be going to these cons in non-comic/sci-fi related costumes judging from your photos. I don't have a problem with that btw.

And as for the female droogs, I can't help noticing that the one on the right is a dead ringer for Sandy West from The Runaways, circa 1977.