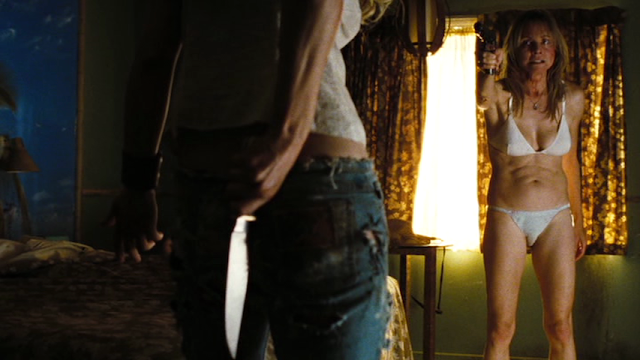 “Y’know, Hoss, if I’m not mistaken I think I can still smell your wife’s pussy-stink on my gun. Hope it doesn’t rust the barrel…”-Otis B. Driftwood

As you may have gathered from that choice piece of dialogue, director Rob Zombie’s THE DEVIL’S REJECTS is not exactly a family-friendly film. But come to think of it, it’s not really an anybody-friendly film. A direct sequel to the painfully boring and derivative HOUSE OF 1,000 CORPSES (2003), this film follows the further senseless adventures of evil clown Captain Spaulding (exploitation film veteran Sid Haig) and his murderous brood, basically amounting to a catalog of references to many other films, with the end product coming up like a Tarantino pastiche, complete with QT-style kickass soundtrack, only minus the wit. There really is no plot to recount, but here it is in a nutshell:

A family of murderous psychopaths find themselves on the run from a vengeful sheriff who may be just as crazy as they are, and during the course of their road trip they abuse, debase and kill as many innocent people as sadistically and gorily as possible. That’s really all there is to this slaughterfest, other than a parade of genre icons who mostly serve no narrative purpose. They just show up so us uber-geeks can feel smug when we recognize actors like Debra Van Valkenburgh (THE WARRIORS), Ken Foree (the 1979 DAWN OF THE DEAD), Mary Woronov (DEATH RACE 2000, ROCK ‘N’ ROLL HIGH SCHOOL, EATING RAOUL), and more, and that’s a lazy cheat since each and every one of them could have added much-needed interest in this cavalcade of pointless cruelty. I’m no stranger to the cinema of brutality, having weathered LAST HOUSE ON THE LEFT, FIGHT FOR YOUR LIFE, I SPIT ON YOUR GRAVE, MOTHER’S DAY, FUNNY GAMES and many others, but all of those films placed us firmly on the side of the victims (none of whom survive in this movie), while THE DEVIL’S REJECTS unsuccessfully and questionably attempts to engender sympathy for the serial killers, a truly vile lot who are themselves in sore need of killing.

Captain Spaulding and brood squabble and bicker like every dysfunctional family, but when we have our faces bloodied by their homicidal excesses at every possible opportunity it just isn’t possible to see them as anything other than vicious bogeymen, a clannish evocation of the most unspeakable horrors that lurk among society, just waiting to lead us to an eviscerated and semen-stained demise in a dank root cellar, after which we are skinned and crafted into ponchos. How the fuck are we supposed to find them, as director Zombie states in the, I shit you not, two-and-a-half-hour making-of documentary, “loveable?” Their crimes are just too unspeakable for us to ignore, and when they gleefully hook up with some long-unseen family members at a ranch-cum-whorehouse I could not share in their celebration. These are not Robin Hood and his Merry Men. These are cold-blooded murderers who laugh in the faces of those whom they brutalize, so all I wanted was to see them get their just desserts. 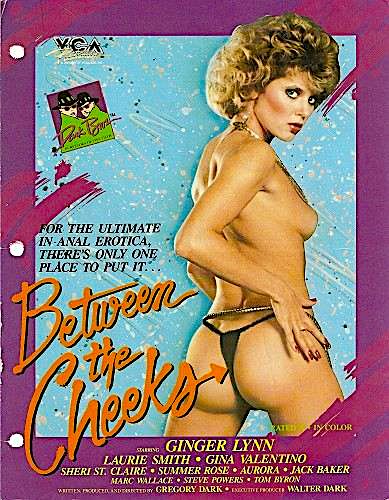 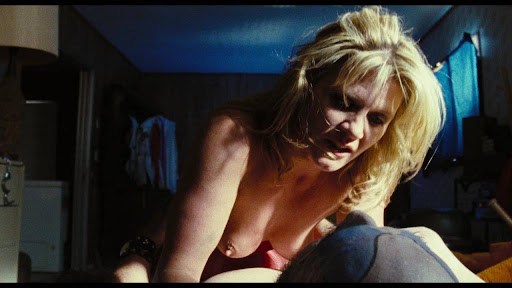 Best known during the ‘80’s and 90’s as tenderloin goddess Ginger Lynn, star of such classics as COCK SUCKING SUMMER, LET’S PLAY BOLOGNA RIDE, FUCK MY FACE, UP THE BUTT, and the immortal GIVE ME HEAD! (all real titles), Allen finds work nowadays all over the place, and is welcome in exploitation flicks for her Meg Ryan-gone-ultra-nymphomaniacal look and complete lack of modesty when it comes to onscreen nudity and depictions of sweaty shenanigans. In REJECTS she rocks the Captain’s world in a red corset, and briefly reveals that she’s stopped shaving her good stuff so she no longer has that ludicrous Barbie-like effect below the waist. Good to see you again, Ginger!

But other than those moments, the film runs out of steam, and only those satisfied with nothing more than gallons of blood and gore will find anything of real worth here. If you must see a film of this ilk, rent one of the films THE DEVIL’S REJECTS yearns to be, especially the original TEXAS CHAIN SAW MASSACRE, and bask in a real horror movie, not Rob Zombie’s idea of what one should be. And that’s another thing: I can’t take any director seriously who calls himself Rob Zombie, former rock star or not. There’s nothing wrong with using his real name, Robert Cummings, rather than the goofiest nom de screen since Screaming Mad George. So he likes zombies, I can get with that. I like werewolves, but you won’t find me changing my name to “Stevie Werewolf,” for fuck’s sake. Although that does have a nice ring to it… 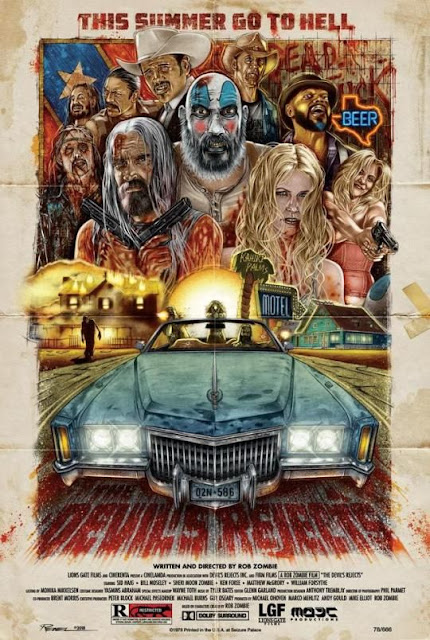