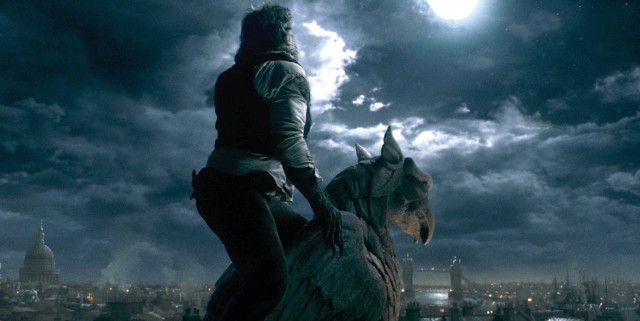 THE WOLF MAN (1941) is one of the crown jewels of the Universal monster cycle and of cinematic horror in general, having provided much of what we now consider to be generally accepted werewolf lore. With that much historical and genre gravitas to deservedly place it upon a pedestal among the short list of truly great werewolf flicks, a remake could not possibly improve on the original in any way other than the special effects regarding the titular lycanthrope. With that in mind, I consider the lush 2010 remake to be little more than a particularly stodgy, sumptuously-shot MASTERPIECE THEATER installment that happens to have werewolves and gory graphic violence (which was easily the best thing about the film). That's all you really need to know, especially if you're familiar with the basic plot of the 1941 original. I'm not going to bother with a recap of the story, except to say that it's the standard tragic werewolf yarn, tarted up with makeup effects master Rick (AN AMERICAN WEREWOLF IN LONDON) Baker once again bringing his A-game and no small amount of CGI embellishment, so here are the pertinent points, both good and bad:

So what we have here is a pretty-to-look-at lycanthropic costume drama with some decent gore/violence and zero scares. The audience I saw it with was quite obviously not satisfied with what they got, and for the first time since I cannot remember when, over half of the audience had gotten up and walked out before the final reel. Seriously, people just got the fuck up and walked out in droves. With that in mind, I strongly advise this one mostly for die-hard werewolf groupies like me. And even as a sworn, lifelong werewolf supporter, I only re-watch the aforementioned gypsy camp and London asylum sequences. TRUST YER BUNCHE and stick with the 1941 original, and you won't go wrong. 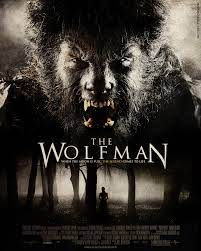