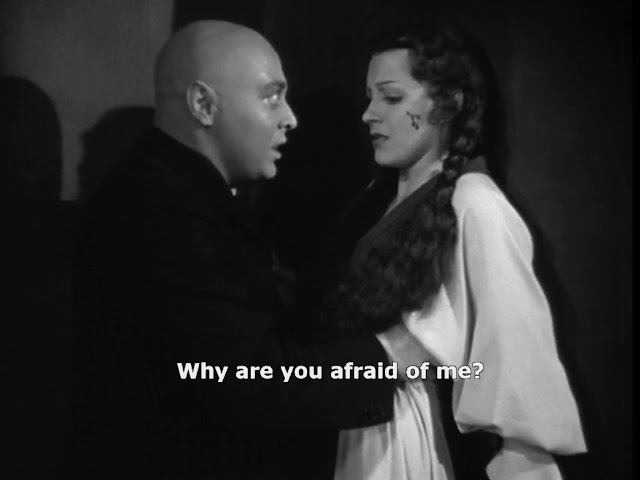 When obsession leads to unrequited love, utter madness, and murder.

For forty nights, brilliant surgeon Dr. Gogol (Peter Lorre) attends horror stage productions at the Grand Guignol-esque Théâtre des Horreurs in France, where he has become fixated on the theater's star performer, Yvonne Orlac (Frances Drake), and on the night of her final performance he approaches her backstage after the performance and professes his romantic feelings to her. Yvonne politely rebuffs the master surgeon's creepy attentions with mention of her husband, brilliant concert pianist Stephen Orlac (Colin Clive), and Gogol is shattered upon hearing that she is married. At the farewell party for Yvonne, Gogol gives Yvonne a passionate and unwanted kiss, and her body language fully conveys her disgust, but she maintains a cool facade as the rejected Gogol departs and party continues. Clearly not right in the head, on his way out Gogol sees a lifelike wax likeness of Yvonne being carted off to be melted down, but he intercepts the waxwork, buys it, and takes it home, where he fixates upon it in a private room.

While returning home from a concert performance, Stephen Orlac's train crashes and the pianist suffers injuries to his head and hands. The head injury is seen to by a nearby surgeon, but Yvonne is told that Stephen's talented hands are crushed beyond repair, so a desperate Yvonne swallows her pride and calls upon Gogol's surgical skills to repair her husband. There is nothing that he can do, but Gogol, secretly manages to obtain the hands of Rollo, a recently-guillotined murderer with finely-honed knife-throwing skills. (Guess where this is going, kids?) Gogol transplants the killer's hands onto Stephen's wrists, passing them off as Stephen's own hands but with his miraculous surgical skills having saved the day. However, the surgery and post-op treatment are expensive, and the combined wealth of the husband and wife soon dwindles down to nothing. Nonetheless, Orlac attempts to recover his lost piano skills, but the murderer's

hands seem to have a mind of their own, as he begins displaying unerring skill when throwin pens and knives... 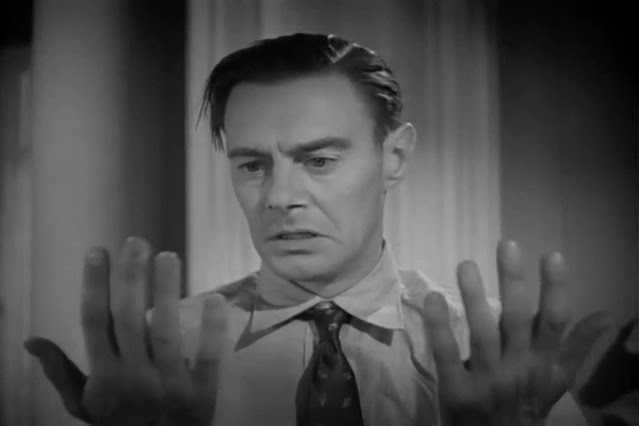 Stephen Orlac (Colin Clive) begins to twig to something not being right with his post-op hands.

Gogol, meanwhile, still lusts after Yvonne and grows ever more unhinged in the process, donning a disguise as the dead murderer and claiming to a horrified Stephen that Dr. Gogol reattached his severed head so that he could live again, only with mechanical hands. 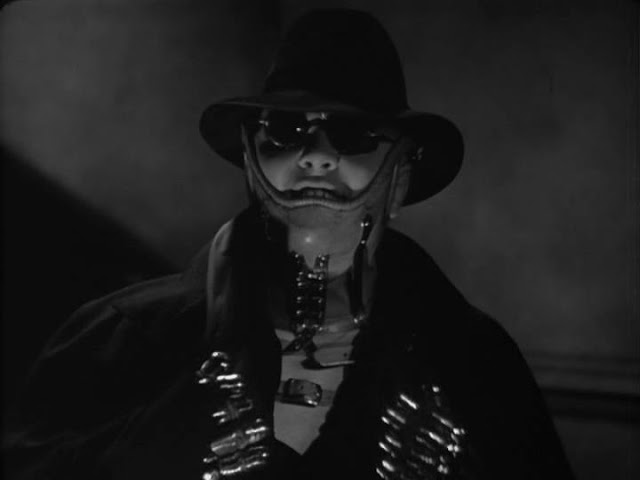 The disguised madman also informs Stephen that the previous night the transplanted hands compelled Stephen to murder his own step-father, to whom he had appealed for money but was venomously turned down. Gogol is, of course, the actual killer, and once convinced that he has successfully framed Stephen, the surgeon, now fully insane, returns to his home and his waxwork, all the while anticipating a swift arrest and guillotining for Stephen, thus clearing the way for him to woo the repulsed Yvonne. But things take a series of unforeseen turns as the paths of all the key players merge for resolution.

The face of a madman.

One of the forgotten gems of horror from Hollywood's golden age and one of several adaptations of Maurice Renard's 1920 novel LES MAINS d'ORLAC (THE HANDS OF ORLAC), MAD LOVE is a classy and moody psychological chiller that is utterly dominated by Peter Lorre's performance as the bug-eyed and quite insane Dr. Gogol. We understand his loneliness and longing for Yvonne, but at no point do we sympathize with him. The guy is just too far gone and too downright creepy from the get-go, and it's safe to say that no one else of that era could have pulled off the role without it degenerating into mere over-the-top theatrical histrionics. Lorre mesmerizes by his sheer understatement, expect when it's time not to be understated, yet he manages to convey Gogol's obsessiveness in a thespic turn that gives Charles Laughton's Dr. Moreau in ISLAND OF LOST SOULS (1932) a run for its money. That's high praise indeed, and MAD LOVE is well-deserving of being rediscovered. 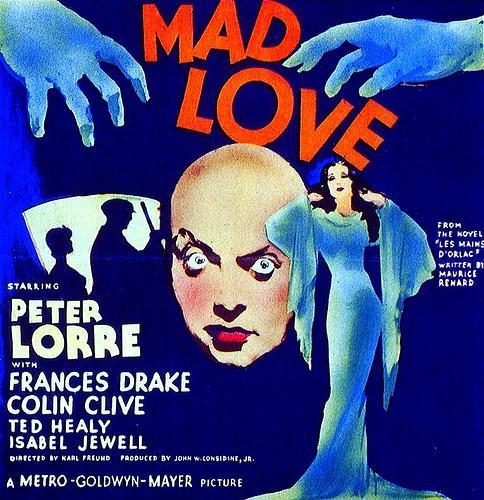