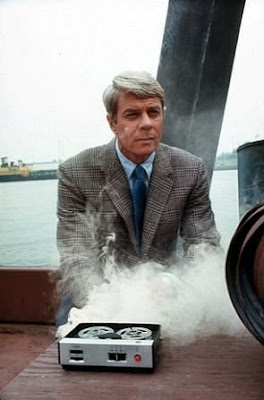 Peter Graves in his most famous role: Jim Phelps, the coordinator and mastermind behind the assignments of the Impossible Missions Force.

Another of my childhood spy heroes has gone on to the big spookshow in the sky. Peter Graves was an indelible part of my formative education on Sixties espionage pop culture and I perched on the edge of my seat as Phelps and his elite team of hand-picked experts traveled the globe from one nail-biting assignment to another on the classic spy series MISSION: IMPOSSIBLE (1966-1973). Phelps was the efficient and businesslike epitome of covert ops professionalism and his crack team of agents reflected his quiet cool, offering an intriguing and tense alternative to the over-the-top spectacles of 007, the surreal shenanigans of the Avengers, and the spoof antics of Napoleon Solo and Illya Kuryakin.

Graves worked in film and TV for years before achieving stardom and household recognition on MISSION: IMPOSSIBLE, appearing in STALAG 17 (1953) and the superb THE NIGHT OF THE HUNTER (1955), but I first encountered the big Minnesotan in cheesy sci-fi flicks like IT CONQUERED THE WORLD (1956), which featured an alien invader that resembled a fanged eggplant, the ludicrous giant locust outing THE BEGINNING OF THE END (1957) and the ultra-ludicrous KILLERS FROM SPACE (1954). That last one was among the very first films I remember seeing on the Bob Wilkins-hosted CREATURE FEATURES during my early years in California, and I will always remember it because its invading alien bad guys wore what looked like terrycloth pajamas and sported bugged-out ping-pong ball eyes (SEE BELOW). 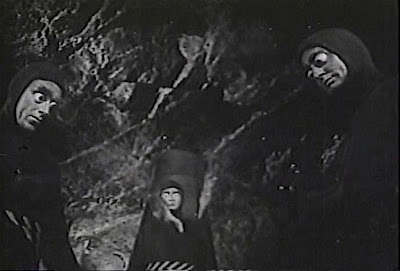 But following Jim Phelps, Graves was undoubtedly best known for his memorable role as the twisted Captain Oveur in the comedy classic AIRPLANE (1980). 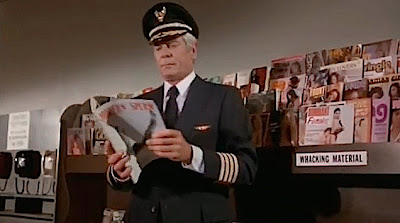 Graves as Captain Oveur in AIRPLANE (1980). Note the magazine section he's browsing...
That role assured Graves cinematic immortality for his completely inappropriate and increasingly creepy questions to a young boy who tours his plane's cockpit, questions including:
Reportedly, Graves initially turned down the role because he considered it in bad taste, but eventually changed his mind when Lloyd Bridges, Robert Stack and Leslie Nielsen signed on to the cast. Thank the gods of cinema that he did.