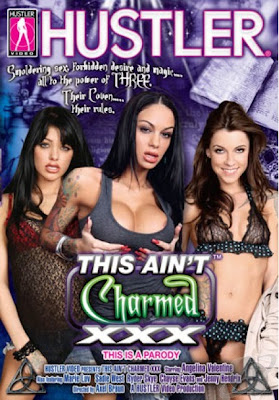 The intra-familial fuck-antics of rednecks, hillbillies and other assorted shitkickers has been a staple since the dawn of filmed pornography, so I suppose this next one was inevitable: 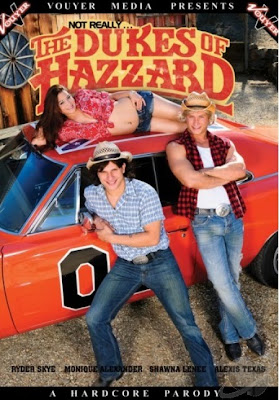 Yes, it's the imaginatively-titled NOT REALLY THE DUKES OF HAZZARD, which by any leap of logic should have been called THE DICKS OF HAZZARD. I very much doubt that the iconic car-chases that were the source material's stock in trade will be given much screen time, so I hope they did something totally absurd like having the General Lee be alive and more or less sentient like K.I.T.T. from KNIGHTRIDER. That way, they could have some hot chick in a cheap and totally bogus foam rubber General Lee suit and have her get tag-teamed by the Duke boys, finally making the show's eroticizing of the car quite literal. And I guarantee this will feature a scene in which Cousin Daisy finds herself spit-roasted between Bo and Luke.
Posted by Bunche (pop culture ronin) at Sunday, March 14, 2010

Yeah Dicks of Hazzard would have been much better.

They could have replaced "Dukes" with "Dicks" and/or "Hazzard" with "Ass Hard."

Bunche, I think we should try to find investors and actors for NOT REALLY WASHINGTON WEEK IN REVIEW.

(the Word Verification thingie is asking me to type in "moisters" to finalize this post. Apparently, Blogger shares my crush on Gwen Ifill)