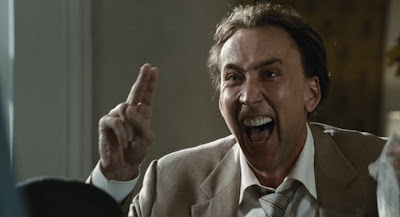 Abel Ferrara’s infamously gonzo BAD LIEUTENANT (1992) is a classic of extreme bad taste and offensive behavior, as well as being one of the unexpected classics of the 1990’s, so damned near everyone was quite skeptical when German director Werner (NOSFERATU, THE VAMPYRE) Herzog announced that he would be coming up with a film to continue what would be a potentially dubious franchise. But what no one expected was what ended up unleashed onscreen when BAD LIEUTENANT-PORT OF CALL: NEW ORLEANS opened and proved to be a festival of outrage with its own singular flavor, well crafted across the board, and containing one of the best performances in Nicholas Cage’s checkered career.

Cage plays Terence McDonagh, an already somewhat bent workaholic detective in post-Katrina New Orleans whose questionable aspects escalate to the Nth degree once he becomes addicted to painkillers prescribed in the wake of a back injury. Having access to the evidence room, McDonagh regularly supplements his drug intake with whatever illegal pharmaceuticals are available, plus whatever goodies he finds during the course of his daily investigations, plunging himself into depths of altered lunacy that would have turned Hunter S. Thompson green with envy. At its heart the most pitch black of black comedies, the film is an over-the-top and thoroughly compelling narrative of one man’s odyssey of incredibly fucked-up behavior, fueled by copious amounts of coke-snorting, petty theft, compulsive high-stakes gambling, sexual coercion of shaken-down clubgoers, harassment of senior citizens, blunt-smoking and hallucinations guest-starring iguanas. 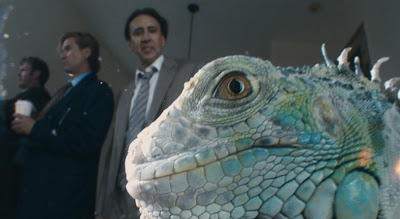 Just another stakeout with Lieutenant McDonagh.
While this maelstrom of out-of-control madness swirls insanely, our hero investigates the execution-style murder of an African drug dealer’s family while simultaneously dealing with the issues of his loving and equally coked-up hooker girlfriend (Eva Mendes). It’s a complete and utter shitstorm that resolves itself in several moments that had me loudly exclaiming, “This has got to be a dream!” and at no point was I bored. In fact, about the only way I could have been more entertained by this film is if it had been directed by British madman Ken Russell — he of LISZTOMANIA (1975) and THE FALL OF THE LOUSE OF USHER (2002) infamy — as opposed to Werner Herzog.

BAD LIEUTENANT-PORT OF CALL: NEW ORLEANS can’t really be discussed at length without giving away an intricate web of seemingly disparate plot elements that do turn out to go somewhere, so I’ll simply offer a few things to note: 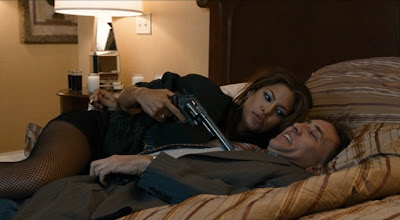 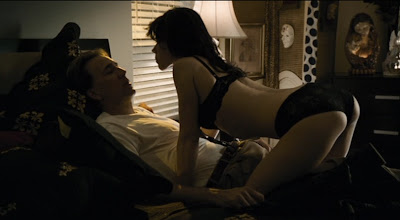 Ah, the all-natural wonder that is Fairuza Balk. Leave the boots on, baby... 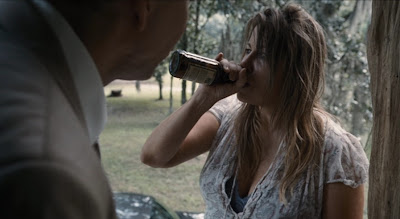 Nic Cage is criminally underrated. His basement diatribe in Moonstruck always makes me laugh, although that's probably not intentional. That Wickerman compilation on YouTube is hysterical.

More seriously, though, Lord of War is a fine, fine film. Adaptation was an excellent movie, and The Family Man is one of the few Christmas/romantic comedies that I enjoy on an artistic level.

I watched this magnificent triumph recently as well, and it contains what I think may be the best line of the past several years: "Shoot him again! His soul is still dancing!"

Great review...I really enjoyed this one, too...to the extent that the gyu who brought the DVD over believes me to be utterly and completely bent. It was a first/last date.

My jaw dropped at Cage's drugged-out cop blowing off a dirty-and-horny Fairuza Balk's attempt at seduction.

I agree with everything you say in your post. Nic Cage's career has become a joke with the films he just seems to sign off on, but if you look at it as a whole it's unique. Just like him.