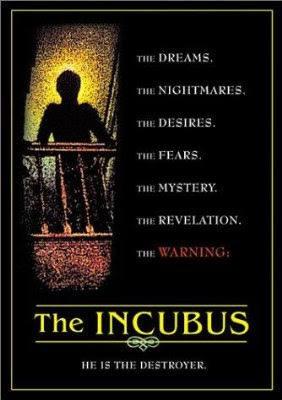 This flick does the virtually impossible, namely managing to tastefully depict the rampage of a demonic serial rapist whose enormous member routinely destroys his victims' uteruses and leaves behind inhuman amounts of red-tinted semen. But as a date movie? Not so much...

This one's pretty easy to sum up in a nutshell: A small-town doctor (John Cassavettes, returning to supernatural territory some thirteen years after ROSEMARY'S BABY) investigates an escalating series of brutal, demonic rapes, while his teen daughter notices weird behavior that leads her to realize her boyfriend just may be possessed by the titular entity. 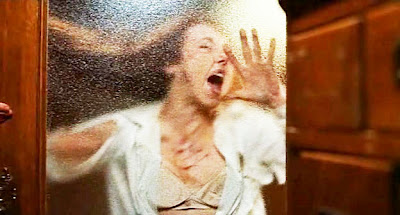 Just one of several victims of the literally from-hell violator.
The film itself is not what I would call actually scary, but the concept of being suddenly set upon and savagely, damagingly being on the receiving end of a demonic rapist's forearm-sized penis is certainly something unpleasant to have stuck in one's imagination, and that's what the filmmakers banked on. Thankfully, rather than actually show us the satanic violations taking place, we instead see the evil beast's victims being dragged off by superhumanly-strong arms as they fight fruitlessly to get free while screaming for all they're worth. There's not even any nudity to titillate those who get off on that sort of thing, so if that's what you were after in a demonic serial rape yarn, you won't find it here.

Oh, and it all ends with an abrupt ending that was kind of confusing but left things open for a sequel that (quite deservedly) never came (unlike the demon). 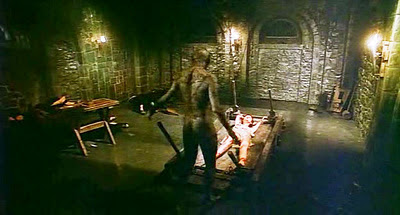 A flashback to the bad old days.
Posted by Bunche (pop culture ronin) at Friday, October 14, 2011